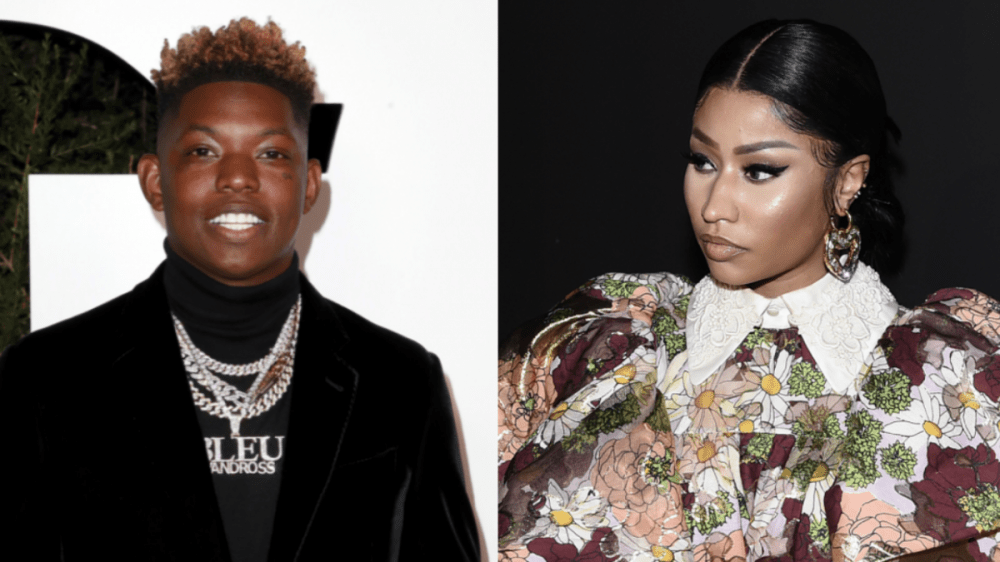 BLEU continues to have Nicki Minaj’s back and is still hoping to one day secure that elusive feature from the queen of Young Money. The Alabama native took to Twitter on Monday (March 14) to defend Nicki’s honor and demand her Top 5 respect in the game, regardless of category.

“Nicki should be in the top 5 category of rap period that’s including men or women in my opinion,” he wrote. “Her flow , punchlines . Versatility and delivery is some we will only see once every generation.”

Nicki should be in the top 5 category of rap period that’s including men or women in my opinion. her flow , punchlines . Versatility and delivery is some we will only see once every generation

The viral tweet quickly landed on the Queens icon’s radar and Nicki returned the favor thanking BLEU for the kind words.

“Thank you BLEU,” she responded.

Just maybe this puts BLEU one step closer to securing the guest verse he’s been dying for from Nicki Minaj. His dream feature list from 2021 had Nicki sitting atop at No. 1 and then he also teased a potential collab with the “Super Bass” rapper during a September concert, but quickly backpedaled on his words and cleared up that no song with Nicki had been finished.

“We dnt have a song yet actually tho y’all I just wanted to play some shit we was working on since we was in New York,” Yung Bleu tweeted on September 8. “Ain gotta verse just yet . AndAin mean for it to go viral I was just having a lil moment with my fans and I was drunk talking to much lol.”

The 2021 HipHopDX Rising Star will have to get in line as Nicki will be lending her talents to Coi Leray’s “Blick Blick” on Friday (March 18), which nearly didn’t happen thanks to her father Benzino spilling the beans.