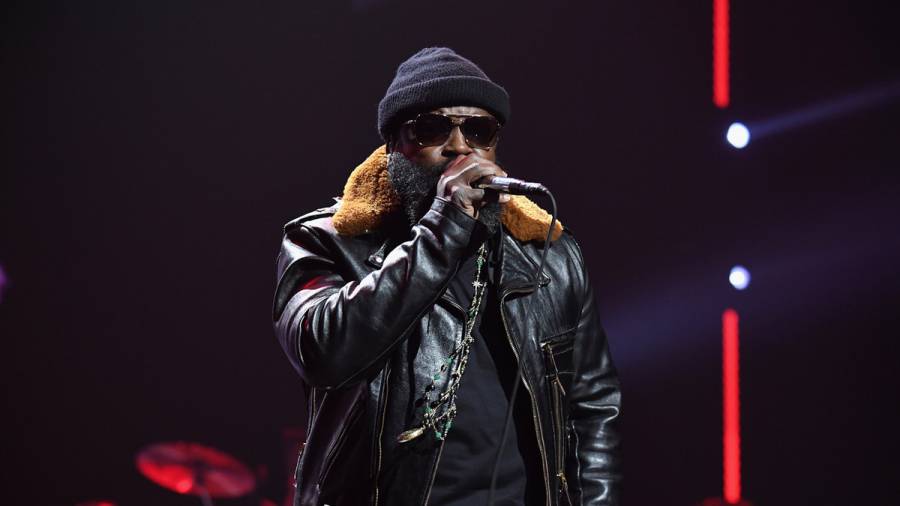 Black Thought is easily one of the most talented MCs to ever pick up a microphone. As a member of The Roots, he puts his penchant for rhyming on display time and time again while the group juggles its duties as the in-house band for The Tonight Show Starring Jimmy Fallon.

Now, Black Thought is telling the story of his arduous journey in his own words.

“Something new that I’m excited to share,” he tweeted. “wrote about my life story and the challenges that shaped me in my new @audible_com Original 7 Years. Everything from my first freestyle at 9 years old to events that could’ve ended my career.”

According to the description, 7 Years features a “personal music score,” including some of The Roots’ most iconic songs.

Something new that I’m excited to share…wrote about my life story and the challenges that shaped me in my new @audible_com Original, 7 Years.

Everything from my first freestyle at 9 years old to events that could’ve ended my career — Listen here https://t.co/fTYUnKmROO pic.twitter.com/qCedHkT1RB

During a September 2020 interview with HipHopDX, Black Thought opened up about some of the challenges he faced growing up in Philly, which includes a string of tragedies.

Before Thought was even a year old, his father was murdered. Then Thought’s first arrest came at 12 after he was caught tagging a basketball court in a South Philadelphia park. In high school, he started selling crack-cocaine as a means to make money but once his uncles found out, they shipped him off to Detroit for a fresh start.

Back home, his mother Cassandra Trotter had become addicted to crack. Shortly after Thought returned to Philly to resume high school, he was informed she’d gone missing. He later learned she’d been stabbed to death by a 22-year-old Philly man who lived just a few blocks away from her.

“It’s something I definitely carry with me and yet not very many people know how hard it was for me or whatever,” he said. “I guess I’ve chosen not to wear it on my sleeve, so to speak. You often hear people say their history doesn’t define them, right? I’ve quite honestly chosen to live as more of a vision of the possibilities of the future than as one of a memory of the past.

“But in this new material, in recent years, it’s not like I’ve run out of things to say, but I feel like I’ve been a voice for the voiceless and sort of spoken for the people and for Philadelphia, and just from that perspective for quite some time. There are people who have been supporting me throughout my career, who still talk as though they didn’t know me. And some folks have made mention of, ‘Yeah. I feel like for as much as I know the Roots’ extensive catalog, I still feel like I don’t know you as a person.’”

Find out more about Black Thought in the new Audible memoir here.