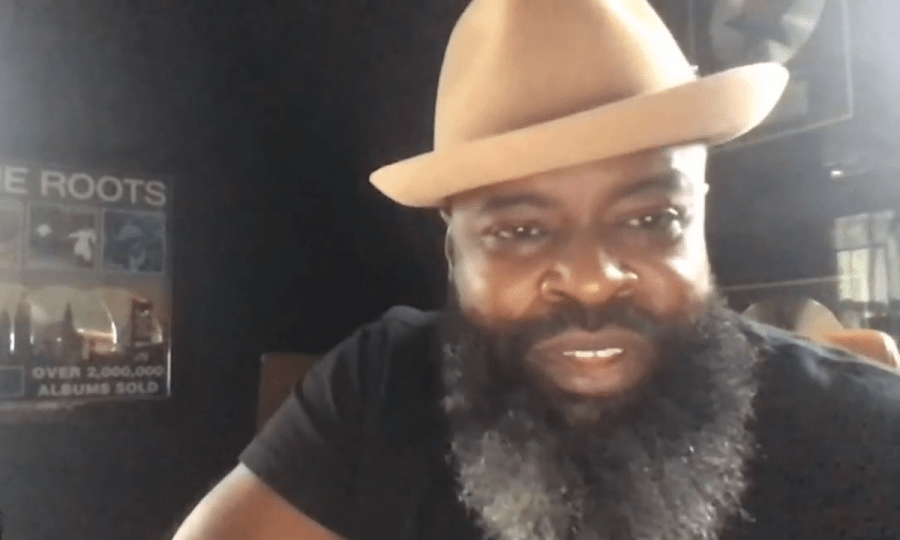 Black Thought and Danger Mouse’s collaborative album Dangerous Thoughts may finally see the light of day. After first being announced more than a decade ago, Black Thought told Hot 97 the LP is next up in his release plans.

“This Dangerous Thoughts album, that’s probably the next move I’m gonna make,” he said. “That’s the long-awaited joint collaborative effort between me and Danger Mouse. And though it’s something that’s probably gonna drop in the middle of all these Streams Of Thought volumes, since it’s something that we began the initial idea maybe 13 or 14 years ago, I don’t consider it to be part of that same series.”

The Roots frontman added, “So, it’s not gonna be like Streams Of Thought Vol. 4 is the Danger Mouse volume. It’s a standalone joint. And it’s an album, it’s a full-on album.”

Black Thought gave a preview of what to expect from the collaboration, suggesting it will be appreciated by longtime Hip Hop fans. He also described it as a homecoming for Danger Mouse, who produced critically acclaimed albums such as the MF DOOM collab The Mouse & The Mask and the JAY-Z mashup The Grey Album.

“It’s a return for him to Hip Hop and to sampling in this way,” he said. “It’s a feel-good record. It’s a record for people who got into Hip Hop and sort of evolved at the same period of time that we did. We’re the elder statesmen at this point, so I feel like this record is reflective of that too.”

Over the past two years, Black Thought has been focused on his Streams Of Thought series. The most recent entry, Vol. 3, was released on October 16.

Black Thought didn’t reveal a release date or timeframe for his Dangerous Thoughts LP, but he did provide an update on The Roots’ next project. The veteran MC confirmed the band will drop their 12th studio album in 2021.

The Roots haven’t released an album together since 2014’s …And Then You Shoot Your Cousin. Their last effort peaked at No. 11 on the Billboard 200, narrowly missing out on becoming their seventh Top 10 album.

Check out Black Thought’s full interview with Hot 97’s Ebro In The Morning above. The conversation about Dangerous Thoughts begins a little after the 13-minute mark.