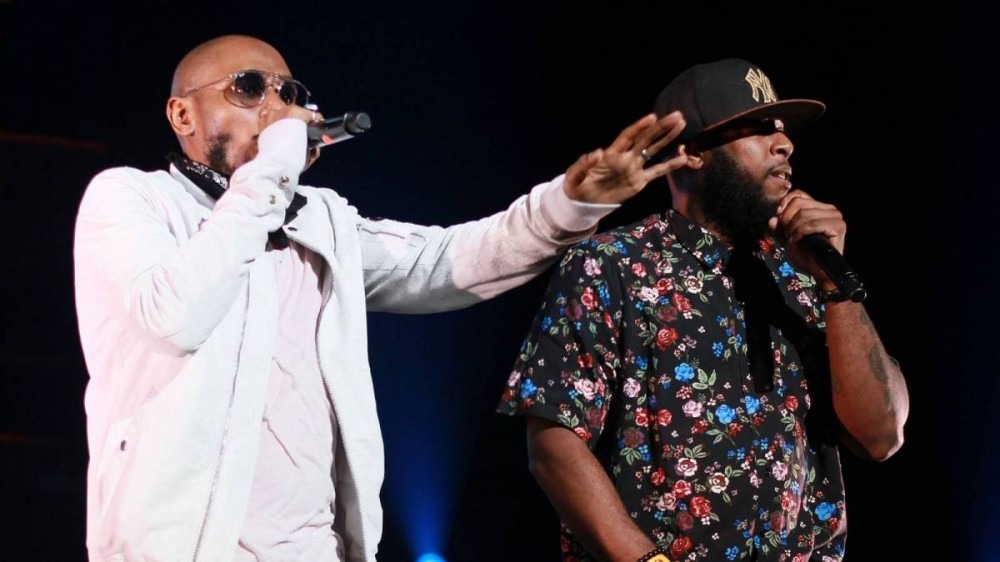 Denver, CO – AEG Presents has announced a rare appearance from Black Star at Denver’s Mission Ballroom on July 28. The duo will be joined by dead prez and Pharoahe Monch who’s also bringing along TH1RT3EN guitarist Marcus Machado as well as collaborator Smithsonian who performs on the single “Kill Kill Kill” from the group’s debut album A Magnificent Day For An Exorcism.

“It was hard for us to get on things as soon as the concert industry opened. Festivals are starting to invite us now though. With Denver, they wanted me solo, but I’m like, ‘Nah man.’ It’s a good opportunity to get a new song out from the album.”

Black Star returned with their follow-up to 1998’s Mos Def & Talib Kweli Are Black Star in May. Titled No Fear Of Time, the album was unavailable on the usual streaming platforms. Instead, those wanting to hear the project had to find it on the Luminary podcast network. In 2019, Mos Def — who goes by Yasiin Bey these days — explained why he was so against DSPs, noting the model wasn’t exactly lucrative.

“You mean to tell me that the source of labor at the center of this experience is supposed to be satisfied and grateful with receiving a portion of a penny for their efforts and labor?” he said in an interview with Uproxx. “Now whoever else is happy with that, then that’s you — you can take your labor to the market however you see fit.”

He continued, “But when it relates to something that I’m doing and that I’ve been doing, I don’t have to ask your permission. I don’t have to get your understanding, and if I’m ambivalent, or something just don’t feel right and I’m searching for a better way to do it, that’s completely my volition.”