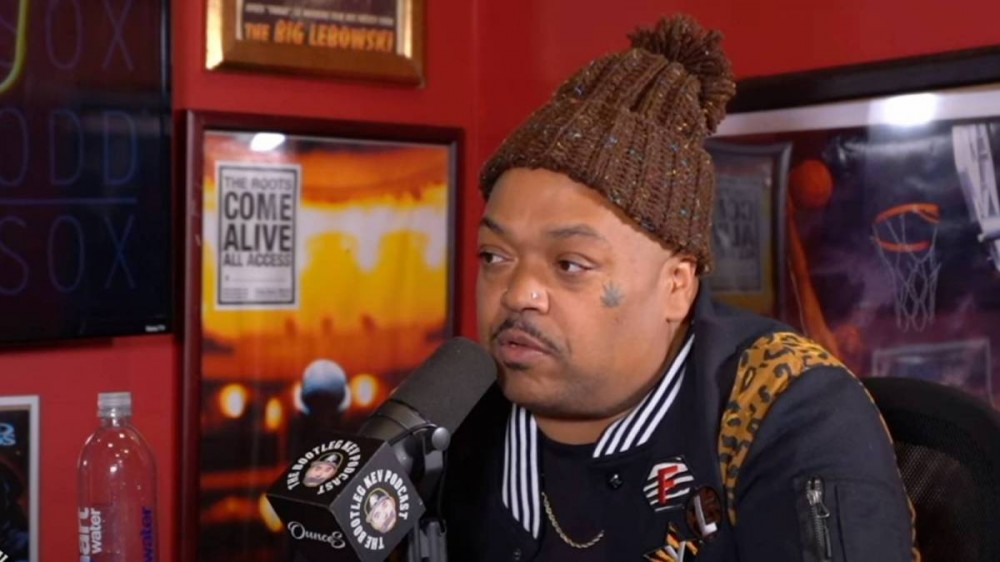 Bizarre has revealed another prominent Detroit rapper was once a member of the Shady Records rap group D12.

During a recent interview with The Bootleg Kev Podcast, the Detroit rapper looked back on the group’s early days and how his life drastically changed once he joined the label.

Bizarre also noted that Slum Village rapper Elzhi was briefly a part of the motley crew alongside himself, Eminem, Proof, Mr. Porter, Kuniva and Swifty McVay.

“[Elzhi] was in it for a minute, but he ended up going off and doing his own thing,” he says toward the end of the clip. “I don’t know if he ever came to a session, but he was definitely down with us. Elzhi, if I’m lying, please don’t strike me down [laughs].”

Bizarre also talked about Proof, who was a part of D12 prior to his 2006 death. As he explained, they were the more tenured rappers in the group but weren’t prepared for the perks that came with being signed to Eminem’s label.

“When we signed with Shady, it was straight private jets, MTV Awards. D12 happened before Eminem. Eminem was in the group from the beginning, it was supposed to be 12 of us, but we could never find 12 dudes to stick with us. So it was six rappers with two different personalities.”

“I just feel like I couldn’t get past the Eminem voice,” Bizarre said while sharing his thoughts on the track. “I know Game can rap better than that. I know he’s a problem as a battle rapper, a guy that’s into lyrics.

“I feel like that was a nice little cute intro. He never got out of that, though. He stayed in Marshall’s body for the whole 10 minutes. When we gonna get Game? We know he can do it, so what happened?”

When Bootleg Kev questioned Bizarre about his comment, he repeated himself and said: “I ain’t say nothing, man. Shout out to Game.” He also called Stat Quo a “good friend” and agreed he’s an “amazing writer.”

Although Elzhi officially announced his departure from Slum Village in 2010, he’s kept busy over the years. In 2018, he dropped the collaborative album Elzhi & Khrysis are Jericho Jackson and followed up with Zhigeist featuring Georgia Anne Muldrow earlier this year. His latest solo album, Seven Times Down Eight Times Up, arrived in 2020.