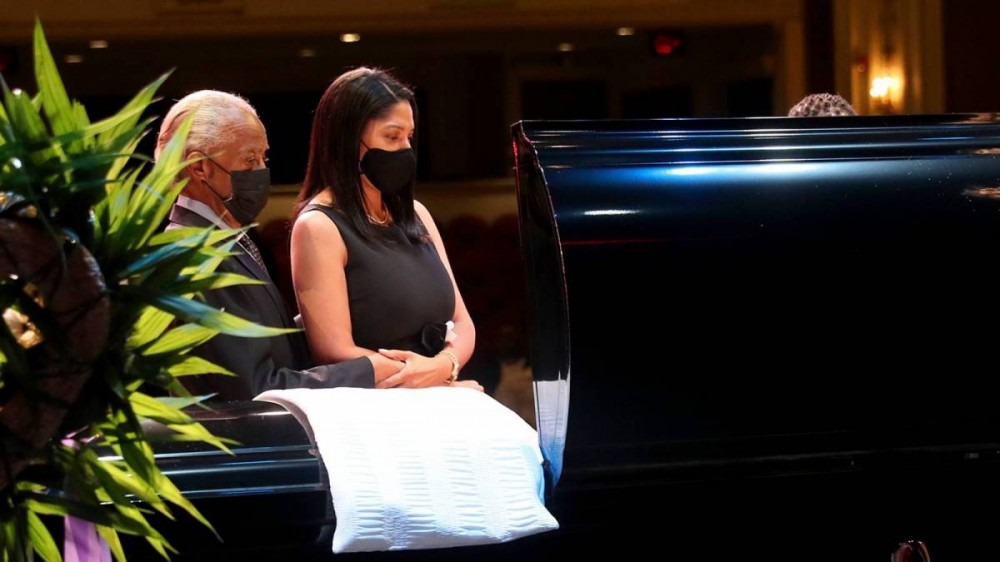 New York, NY – Biz Markie (real name Marcel Theo Hall) was laid to rest on Monday (August 2) in New York City, with friends, family and peers showing up in droves to pay their respects to the Juice Crew legend.


Toward the end of the service, Biz’s wife of 16 years, Tara Davis-Hall, went on to describe their household like a “sitcom” as she reflected on their life together.

“A lot of you guys have been riding with me for the past year, but I just want to tell you what kind of husband and father Biz was,” she said. “He was a man of God and he was amazing, of course. As soon as he would step into our house, into our door from being on the road, he would yell, ‘Tara, Avery, Major, I’m home!’ With his backpack still on, we would just run downstairs and give him a big, big hug. I mean, you would think he was been gone for like weeks and weeks and weeks, but it would only be like a day or two [laughs].”

She added, “I always wanted us our house to be the best place that he was all week and it was. It was loud with jokes, music, TV, FaceTime, conversations — I heard all the conversations he was having with you guys. When he’d hang up, I’d be like, ‘You know you lyin’, right?’”

Biz Markie’s widow also revealed Michelle and Barack Obama contacted her after Biz’s death to offer their condolences as she promised to keep his legacy alive.

“Even presidents…Barack Obama and Michelle Obama, they sent me a heartfelt letter,” she continued. “Avery and I were blown away that they took their time out to send their condolences about the loss of our loved one and our family. I mean, Barack and Michelle Obama. That’s kind of person Biz was … He was just an amazing person.

“I also want to thank the wives of Biz’s friends. You guys have embraced me, supported me and thank you for supporting your men because it’s not easy when your man is larger than life or when he’s a celebrity. Sometimes you just look at the wives, like they’re not doing much, but they’re doing it all. They really are.”

MC Debbie D, who was also affiliated with the Juice Crew back in the day, noted Biz was buried in a custom Gucci set from Dapper Dan.

“BIZ MARKIE WENT HOME IN STYLE!” she wrote via Instagram. “DRIPPIN IN A GOLD 2 PIECE GUCCI SET BY DAPPER DAN!”

In July 2020, it was reported Biz Markie had been hospitalized for weeks with a “serious illness” unrelated to COVID-19 but possibly linked to his Type II diabetes.

As the weeks dragged on, rumors online suggested he’d slipped into a coma. When HipHopDX reached out to Biz’s management, they denied anything of the sort. But by December 2020, his close friends were baffled by his mysterious disappearance and worried he could’ve quietly passed away.

But a source close to Biz told DX he’d suffered a stroke while in the hospital recovering from a diabetic episode.

“He’s not doing great, but it’s not as scandalous as it felt in the beginning,” the source told DX at the time. “Short story is Biz is diabetic, he had slipped into a diabetic coma, but that has happened to him in the past and it would only last a little while. He would go to the hospital, get discharged and get his meds under control. This particular time, he had a stroke while he was in the middle of the coma.”

Following a horrific false death rumor, Biz ultimately did lose his fight with Type II diabetes on July 16, bringing his 57 years on earth to an untimely end.

Watch the entire funeral service above.