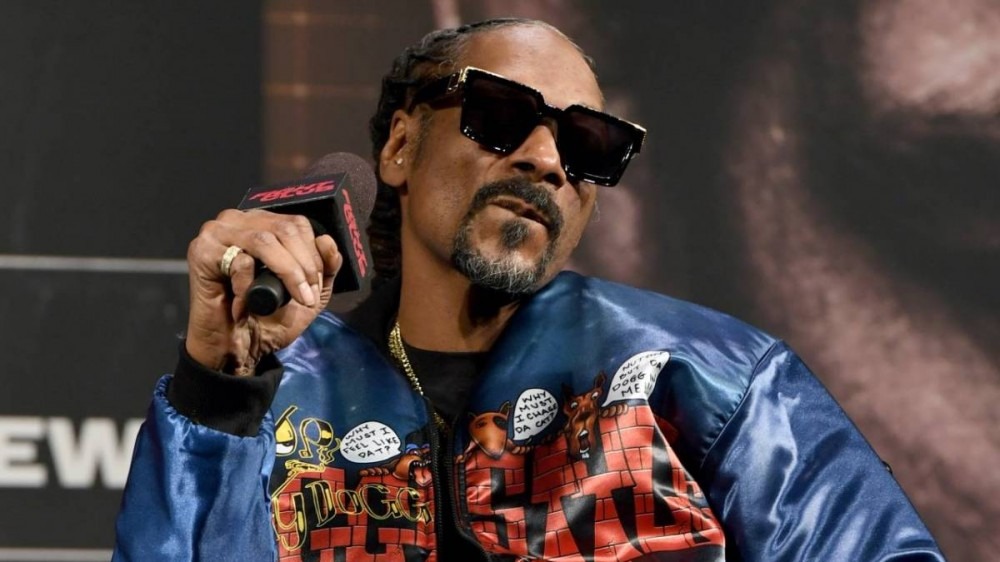 Considering the the success of N.W.A’s Straight Outta Compton movie, it would make perfect sense for Snoop Dogg to go down a similar route on the big screen. But the Long Beach legend is interested in more than just a biopic. During a conversation with Yahoo, Snoop shared his thoughts on a potential biographical film, but thinks an anthology series with many seasons is a better idea.

“It depends on whose eyes is told through,” he said. “You know, if it’s told through the right eyes, through the right lens, and it makes the most sense for me. But I think what makes the most sense to me is the ‘Snoop Dogg anthology,’ the life story of Snoop Dogg, where it starts with my mother and father meeting each other before I was even born, to me being born, to me growing through the ‘70s and ‘80s and the ‘90s. Me being the ‘Black Forest Gump,’ so to speak, seeing me in all of these highlighted moments in American history.”

He added, “We’re developing that, putting it together as we speak, just trying to take my time and put the right information out. I don’t want to rush to it just because [Straight Outta Compton] was successful, just to come behind it. I want to take my time and make sure that I’ve put together the right infrastructure of how I became me — you know, the people that inspire me, my upbringing, my mother, my father, my friends, community influences, inspirations that shaped and molded me. I don’t see it being a biopic, because I can’t give all of this great information and entertainment in two hours. But if I give it to you in an anthology, you’re likely to get six or seven seasons of this.”

LaKeith Stanfield, who played the role of Snoop Dogg in 2015’s Straight Outta Compton, was recently nominated for an Oscar for his performance in Judas and the Black Messiah. If Snoop was to get an actor of that caliber to play him in a series, it would be a major coup.

Snoop Dogg also touched on his favorite childhood memories that would have to be told through the series.

“Definitely my childhood in the ‘70s, seeing how people loved each other, seeing how racism really didn’t exist to a maximum, how I grew up in school with different nationalities, teachers with different colors, and we loved them,” he said. “They loved us in the community and there were certain rules and regulations. It was just a love thing, and if you messed up, you could be disciplined by anybody on the block. It was always like a neighborhood watch. That era of the ‘70s taught us how to love and how be kind to people. Then the ‘80s era, that’s when the cocaine, drugs, violence, my teenage years and all of the things that were brought to our community by the government and the C.I.A. — that has been revealed now.

“But when we were living in that life, in that era, we didn’t know why we were being given guns and drugs out of nowhere. And then we became drug dealers and gang-bangers based off of tools that were given to us. They didn’t deal with no schools or no trade techs or anything. They just dropped off guns and drugs and gave us a path to destruction. And then they locked us all up.”