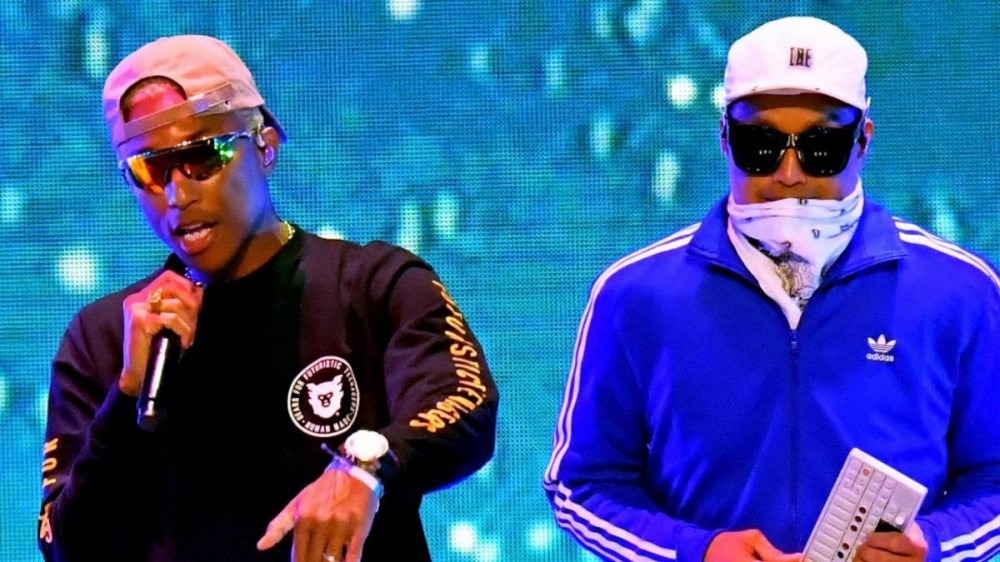 The Neptunes produced countless hits on the Hot 100 chart throughout the 2000s, including No. 1 singles such as Nelly’s “Hot in Herre,” Snoop Dogg’s “Drop It Like It’s Hot,” Gwen Stefani’s “Hollaback Girl” and Ludacris’ “Money Maker.” Now, Billboard’s staff are giving Pharrell and Chad Hugo their well-earned flowers by crowning them the greatest Hip Hop producers of the 21st century.

Billboard describes The Neptunes’ sound as “liquid guitars, clanging percussion, and the most intoxicating synth tones you’ve ever heard — usually kicked off with a four-stab count-off, and often punctuated with a keyboard sound like a dying firework — which played as big a part as anything in Hip Hop taking complete control of popular music in the ’00s.”

If there’s been one consistent in popular music across the first 20-plus years of the 21st century, it’s been the prominence of the producer at the forefront.https://t.co/vv4PfXAkMZ

As for their defining work, they debated, “Take your pick between Nelly’s ‘Hot in Herre’ and The Clipse’s ‘Grindin’,’ two unassailable 2002 classics that showed off Pharrell Williams and Chad Hugo’s staggering simultaneous aptitude for pop-conquering maximalism and streets-locking minimalism, respectively.”

Billboard also picked Slim Thug and Bun B’s “I Ain’t Heard of That (Remix)” as the hidden gem in The Neptunes’ catalog.

“An addictive shuffle built around its layered percussion, with no more synth whooshes than absolutely necessary — a signature beat for 99% of Hip Hop producers, but just one more MTV2 classic to throw on the pile for the mid-’00s Neptunes,” they said about the track.

The Neptunes may be getting recognized for their past work, but they’ve been busier than ever in 2021. The duo produced three Pop Smoke songs, “Top Shotta” featuring Pusha T, TRAVI and BEAM, “Spoiled” and “Merci Beaucoup,” for the Brooklyn rapper’s posthumous album Faith on Friday (July 17).