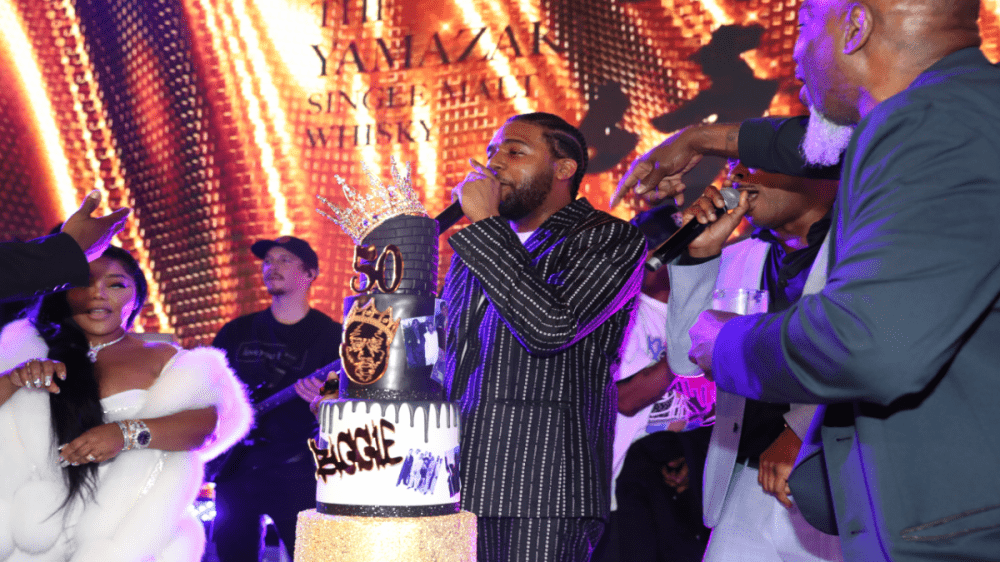 New York, NY – The Notorious B.I.G. would;ve celebrated his 50th birthday on Saturday (May 21). As Hip Hop as a whole celebrated the momentous occasion, his only son held court during a massive birthday party in the late Brooklyn rap icon’s honor at Gustavino’s in New York City,

CJ Wallace took the stage alongside Biggie’s Junior M.A.F.I.A. family in Lil Kim and Lil Cease along with Fat Joe. As the night inched closer to midnight, Wallace got on the mic as the DJ began playing “One More Chance (Remix),” the 1995 smash hit single from his father. Undeterred by the moment, Wallace began rapping in a cadence eerily similar to his namesake, prompting a few daps and pounds from those on stage, including journalist and Sway In The Morning host Sway Calloway.

Wallace’s performance continued a day-long celebration of Biggie, who was tragically gunned down in Los Angeles in 1997. During a Twitter Spaces conversation hosted by Elliott Wilson, individuals closest to Biggie — including JAY-Z and Diddy — not only shared stories about the late rapper but also gave one another their flowers.

The celebrations for Biggie didn’t stop at a Spaces or party in his honor. Earlier this month, a new biography on the rapper by Justin Tinsley titled It Was All A Dream: Biggie And The World That Made Him was released, containing interviews and conversations with some of Biggie’s closest friends such as DJ Hitman 50 Grand, his stylist Groovey Lew and a host of others who helped shape Biggie’s beginnings in Brooklyn, dabbling in the drug game, trips to North Carolina and rapid ascent to notoriety. On Saturday (May 21), the Empire State Building was lit red and white in Biggie’s honor, mimicking his iconic “King of New York” photo which has been depicted in a famous Brooklyn mural.