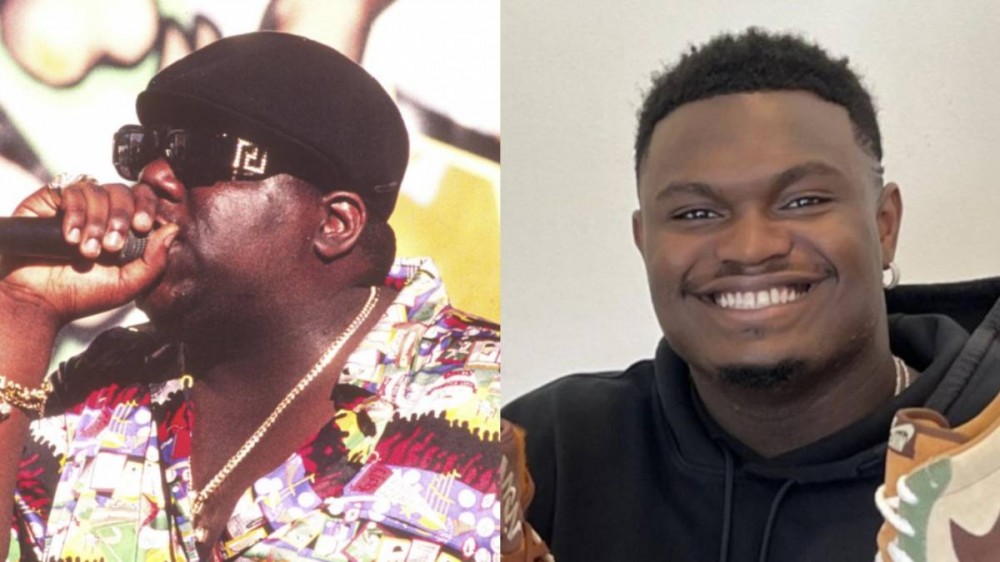 Biggie might have passed away in 1997, but his music is still inspiring people today, such as NBA star Zion Williamson who has found a source of motivation in Ready To Die.

During the New Orleans Pelicans media day on Monday (September 26), Zion appeared noticeably slimmer, which pushed reporters to ask what he did to go through such an incredible transformation. According to the star forward, The Notiorious B.I.G.’s debut helped him cope with the issues he had been dealing with over the last few years.

“I’ve learned to appreciate this process,” Zion said of his journey. “I can never really put it into words with all the adversity and all the cons, but for me, The Notorious B.I.G album, Ready To Die, that album lyrically, how he talked about stress what he was dealing with just feeling the weight of the world on your shoulders and you feel like you standing alone, that album really helped me shift my mindset and just finding true resolve in the game.”

He added: “I’m 22. I’ve been through a lot in the past year and some change. Some things you didn’t wish happened, but from that album, you just learn that’s life.”

Zion Williamson was drafted by the Pelicans as the No. 1 pick in a draft class that saw future NBA cornerstones such as the Memphis Grizzlies guard Ja Morant and New York Knicks forward RJ Barret.

In his first season, Zion tore his meniscus during the pre-season but returned three months later in incredible fashion earning all-rookie honors such as being named to the NBA All-Rookie First Team.

He continued his remarkable run the following season, earning a spot on the All-Star team; however things would go awry in the offseason after he suffered a Jones fracture in his right foot.

Zion underwent surgery to repair the fracture but would go through several pushbacks throughout the following season. It got to the point that critics began noticing Zion gained more weight atop his already massive frame and began wondering if there was friction between him, the team and their doctors.

The assumptions were squashed when Zion signed a 5-year rookie extension with the New Orleans Pelicans worth $193 million guaranteed in July 2022. With his new look and the upcoming NBA season, eyes will be glued to the North Carolina-bred athlete.

The Notorious B.I.G’s memory lives on in more than just athletes playlists. The late rapper has officially crossed over into the metaverse with his new Sky’s The Limit NFT collection which was first announced by the Christopher Wallace Estate back in March.

The NFT collection was launched in July and done in partnership with OneOf, a Web3 company led by Quincy Jones.

The main focus of the collection is the 3D characters inspired by The Notorious B.I.G.’s style and lyrics, and anyone who purchases any of the digital figurines will gain the rights to license audio from the legendary 1989 freestyle that a 17-year-old Biggie gave on a corner in Bed-Stuy, Brooklyn. Audio from that freestyle had previously never been available to sample or download.