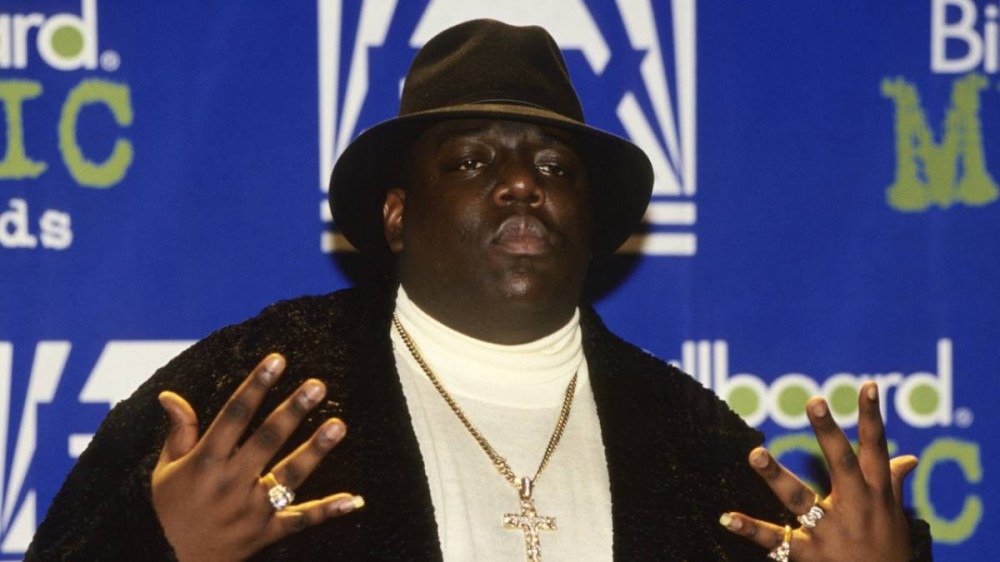 The Notorious B.I.G. tragically lost his life 25 years ago today. On March 9, 1997, the Brooklyn native — widely considered one of the greatest rappers of all time — was murdered in a drive-by shooting in Los Angeles at the height of the ’90s East Coast-West Coast beef, cutting short his life and career at the tender age of 24.

To commemorate the occasion, The Christopher Wallace Estate has announced the first official Biggie NFT (non-fungible token) collection in partnership with OneOf, a Web3 company backed by Quincy Jones and described as “the preferred NFT platform of the music industry.”

While specific details have yet to be revealed, a portion of the proceeds from the “groundbreaking” NFT collection will be donated to The Christopher Wallace Memorial Foundation.

“We are excited about our partnership with OneOf and their expertise to memorialize my son Christopher with this first official NFT drop to give his fans an opportunity to participate in and honor their love of him and his music,” Biggie’s mother, Voletta Wallace, said in a statement.

Josh James, COO & Co-Founder of OneOf, added, “We’re honored to work with The Christopher Wallace Estate to celebrate the incredible legacy of Biggie Smalls. Using NFT technology, Biggie’s legacy and his outsized impact on music and culture will be forever cemented on blockchain, to be honored and shared with fans around the world and for generations to come.”

OneOf has also partnered with the likes of Doja Cat, The Game and The Cool Kids on NFT collections, and has further collaborations with the 2022 Grammy Awards and Power 105.1’s The Breakfast Club on deck.

With 2022 also marking the 25th anniversary of Life After Death (March 25) and what would’ve been The Notorious B.I.G.’s 50th birthday (May 21), rest assured there is plenty more in store for fans.

A year-long campaign honoring Biggie’s legacy called Sky’s the Limit: A Year Celebrating the Legacy of The Notorious B.I.G. kicks off on March 25, promising online events, 4K upgrades of the late rapper’s video catalog and an enhanced digital version of Life After Death.

Biggie’s second and final album is also getting a special edition 25th anniversary box set boasting 8 LPs, a commemorative booklet with rare photos, new liner notes and commentary from those who worked on the blockbuster album. The box set hits shelves on June 10 and retails for $179.98.