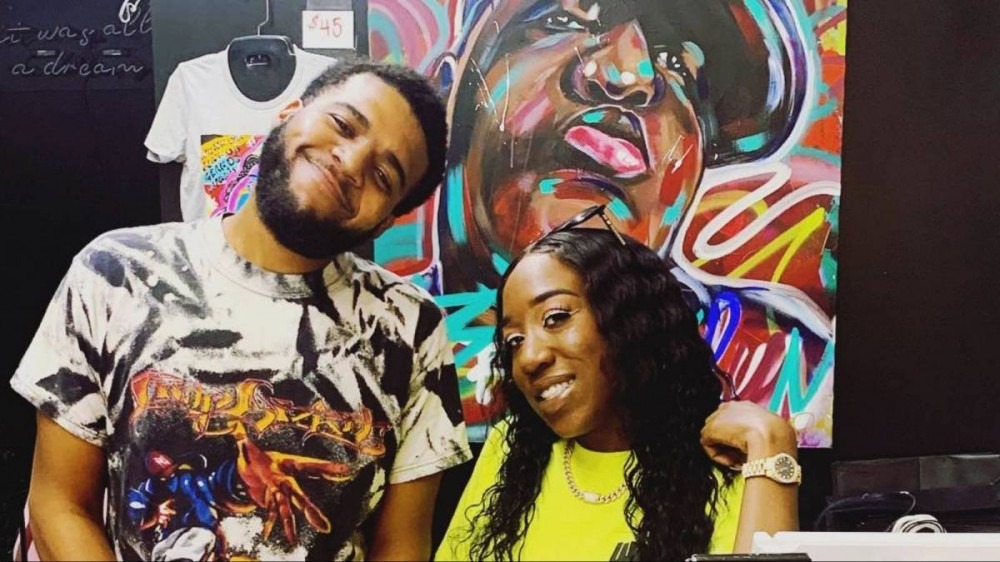 Queens, NY – The daughter of the late Notorious B.I.G. reportedly shelled out $1 million bond for her boyfriend after he was involved in a hit-and-run earlier this month.

According to the New York Post, T’yanna Wallace put up the money for longtime partner Tyshawn Baldwin after he was arrested for an accident that injured three people, including a mother and her toddler.

The incident took place on August 10 as Baldwin attempted to flee police during a routine traffic stop in Queens. He turned himself into authorities six days later and Judge Scott Dunn ordered Baldwin held on a $1 million bond, but Wallace bailed him out less than 24 hours later.

The accident occurred after police stopped Baldwin for allegedly parking his 2021 Durango SRT Hellcat in a busy intersection, having a loud exhaust and dark tinted windows. While he initially complied with officers’ instructions, providing his driver’s license and registration, once officers ran his registration, they realized his license was suspended and ordered him to get out of the vehicle.

Instead, Baldwin allegedly put his foot on the gas and slammed into a mother pushing her 2-year-old daughter in a stroller as well as a food delivery man. All three suffered serious injuries. Baldwin was arraigned Wednesday (August 17) on 17 counts, including first-degree assault, reckless endangerment and endangering the welfare of a child.

“I do want to remind every one he’s presumed innocent and there’s more to this story than the NYPD’s version,” defense attorney Ken Belkin told Fox News Digital. “My client is a good man, who has never been in trouble before.”

Baldwin faces up to 25 years in prison if convicted.