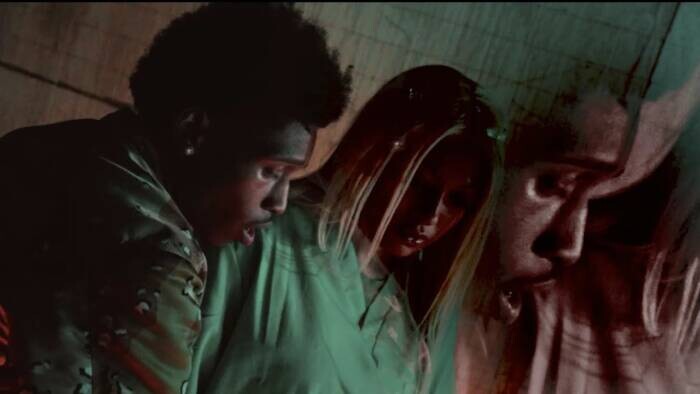 Bigg Unccc‘s hypnotic flow and villainous disposition helps him stand out in a bustling Memphis rap scene. Just days after sharing his debut mixtape Young Rich Villain, the Paper Route Empire rapper shares “Gun Don’t Work,” a new video for a project highlight. Blessed with a playful, piano-led instrumental, “Gun Don’t Work” is a showcase for Unccc’s overlapping bars, laid back croak, and offbeat sense of humor: “I hit the chop til my muthaf*ckin arm hurt/I don’t even think that my gun work.” In the video, Unccc performs in a dank, underground operating room, as a team of doctors attempt to revive him and perform emergency surgery on his broken firearm.

“Gun Don’t Work” follows in the wake of “Try Again” as the latest video from Young Rich Villain. Stepping atop an assortment of vivid and volatile instrumentals, with production from BandPlay and more, the new mixtape sees Bigg Unccc finding creative ways to lock his unmistakable flow onto each beat, snapping like Thanos with each flurry of flexes. The tape kicks off with “Old Me,” an origin story told over a violin instrumental so ghastly, it seems haunted by the silenced spirit of doubt. Home to recent singles like “Call of Duty” and “Free Roccout,” Young Rich Villain is available everywhere via Paper Route Empire.

Bigg Unccc is a standout artist on Paper Route Empire’s talented roster of Memphis risers. He first earned mainstream attention from his appearances on 2021’s PAPER ROUTE iLLUMINATi compilation mixtape, including “Beat It,” in which Unccc goes toe-to-toe with Young Dolph, and “Dead Body,” a collaboration with Dolph and PaperRoute Woo. Earlier this year, Unccc paid tribute to his mentor Dolph with his single “Letter to Flippa.”

With South Memphis on his back and a chip on his shoulder, look for Bigg Unccc’s profile to rise as he drops more music.