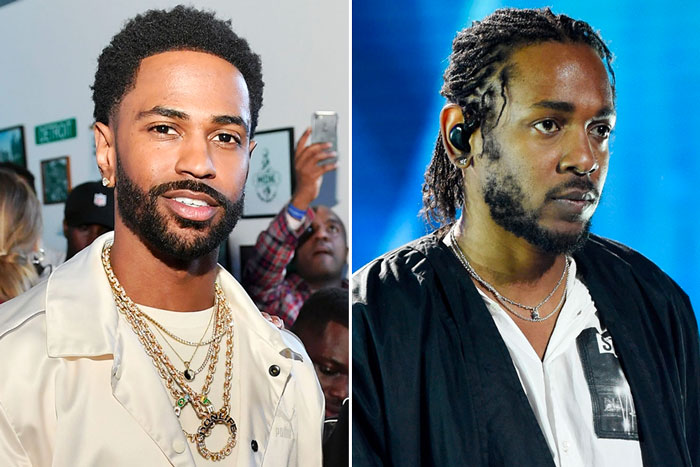 Big Sean is revisiting his rumored feud with Kendrick Lamar.

Last night, the Detroit rapper dropped his new single “Deep Reverence” featuring Nipsey Hussle on which he opens up about the noise surrounding his relationship with the Compton rapper following their 2013 collaboration “Control.” On his explosive verse, K-Dot called out several MCs including Sean, which may have caused friction between the two.

In 2016, Sean released “No More Interviews,” which was presumed to contain a diss aimed at Kendrick. “And I’m just not impressed by you ni**as rapping fast / Who sound like one big asthma attack, but trash when I’m rapping it back,” he raps. “Who you put in your top five and claim they the savior of rap / So many friends turn to enemies, they frenemies.”

Despite the speculation, Sean denied dissing Kendrick. But then he heard Kendrick’s “The Heart Part 4.” “Time goes on, and then Kendrick, he dropped a freestyle and I don’t know what he said that made people like, ‘Oh, it’s about Sean.’ So I hear the shit, I’m like, ‘What part they talkin’ ’bout?'”

So he reached out to TDE CEO Anthony “Top Dawg” Tiffith, who assured him that Kendrick wasn’t dissing him. While there was no real beef, their relationship became awkward. “It got to a point where somehow, it was just a weird tension between me and him even though it was already said it was no beef because people made it that way,” Sean told Joe Budden in February.

On “Deep Reverence,” Sean reveals that he reached out to Kendrick directly following Nipsey’s death in March 2019 and resolved whatever issues that may have existed, which he admits were driven by ego.

“After what happened to Nipsey, I reached out to Kendrick,” he raps. “It wasn’t even no real issues there to begin with / Lack of communication and wrong information from people / Fueled by the ego is like mixing flames with diesel / Energy crazy, I realize that it’s a two-way street.”

In his interview with Budden, Sean said he was in contact with Kendrick and has nothing but respect for the TDE rapper. “Got his number and we communicated. The respect is mutual. It was literally nothing,” he said.

Their relationship seems to be on good terms these days. Sean told DJ Khaled in May that he texted the Detroit 2 cover art to his friends in the industry including Kendrick, J. Cole, and Travis Scott.

Sean is now readying Detroit 2, his fifth studio album, for release on Sept 4.