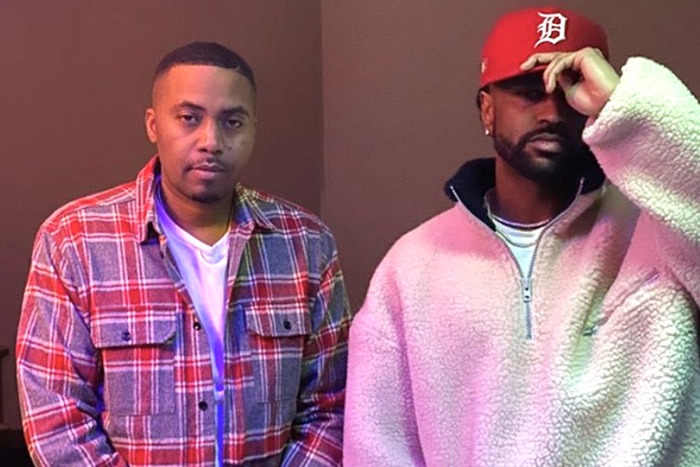 Nas is about to drop an album, according to Big Sean.

The Detroit rapper put the Queens icon on blast. Taking to his Instagram Story on Wednesday, Sean posted a video of Nas in the studio where he revealed that a new album is on the way.

“By the way, Nas dropping an album,” said Sean with the camera turned to Nas. “Hey, I’m putting Nas on blast right now. You finna drop?”

Nas responded, “Something like that. It get kinda hard to replace me, man.”

Sean also shared a photo of them together in the studio. It’s unclear if they have a collaboration in the works.

Nas hasn’t released a new studio album since the Kanye West-produced Nasir in 2018. Last year, he released The Lost Tapes 2 featuring unreleased tracks from his last four albums. He recently teamed up with Lil Nas X on the remix to “Rodeo.”

During a 2018 interview with Angie Martinez, Nas revealed that he had been in the studio with Swizz Beatz and RZA. “It’s another album that I already had been working on before [Nasir],” he said. “Since I did this, I gotta do something that, you know, goes in another direction a little bit. So I’m finishing up the next one.”

Sean is about to drop his own album, possibly titled Detroit II. The long-awaited project, which follows 2017’s I Decided, is expected to include collaborations with Post Malone, A$AP Rocky, and Meek Mill. “I just been returning to my roots. I’ve just been getting back to having fun with it,” he told Beats 1.