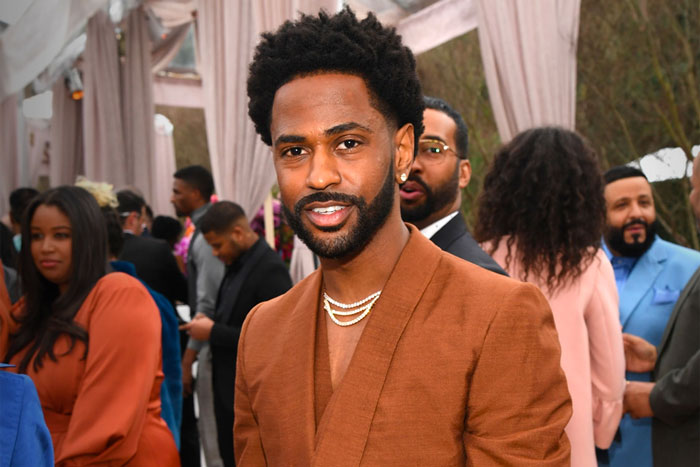 It’s been over three years since Big Sean’s last album, but he’s almost at the finish line.

While speaking with DJ Khaled on Instagram Live, the Detroit rapper gave an update on Detroit 2, the long-awaited follow-up to 2017’s I Decided.

“It’s pretty much done though. I’m just putting final touches on it,” he said while sitting in the studio.

Khaled pressed for details including how many songs (“It’s the right amount”) and featured guests. He wouldn’t reveal any names, but did hint that he has a J Dilla beat on the album, thanks to Common.

“It’s really about the music, who accents the music,” said Sean. “Some artists make a specific kind of music and one sound, but I like to be versatile. It is versatility, so the album is definitely not just one sound.”

The cover art is also done. “I’m happy, I’m excited. But more so than the cover, the music gon’ speak for itself,” said Sean, who texted the artwork to his friends in the industry including J. Cole, Kendrick Lamar, and Travis Scott.

His goal is to “uplift and inspire” with this project, which serves as the sequel to his 2012 mixtape Detroit. “I’m praying that this album touches people and we blessed enough to see success,” he added. “My thing is, I want people to feel the vibration of it and rise to their success though, more so than anything… The most satisfying thing is to see the people who you helped along the way change the world with you.”

He didn’t reveal a release date, only saying that he was in the mixing stage and working on some “very last minute touches.” “Soon come,” said Sean.

In March, he released a trailer for his fifth album featuring appearances from Young Thug, Ty Dolla $ign, Post Malone, Jhené Aiko, and A$AP Rocky. He also previewed some of his new music, including one track that samples Michael Jackson’s “Human Nature.”

Once the album drops, Sean wants to put on for his fellow Detroit artists and launch a record label. “After my album, I do wanna get a label situation together because, first of all, Detroit need it,” he said. “I know there’s so much talent in Detroit, so I definitely want to return the favor that [Kanye] gave me and just sign some people and really put them on.”