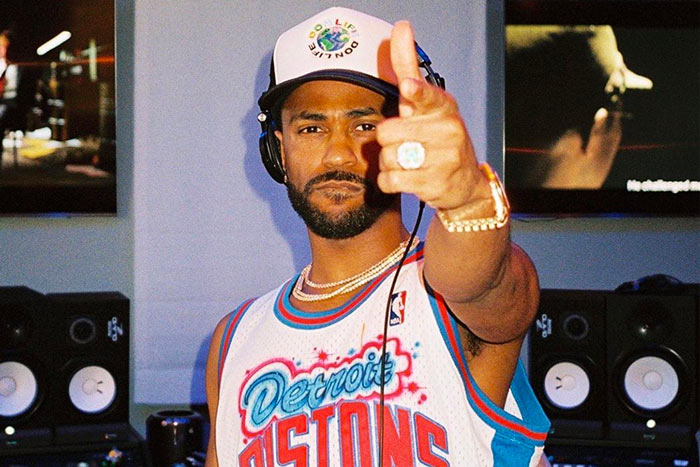 Big Sean has announced a release date and revealed the cover for his long-awaited fifth album Detroit 2. The project is set to arrive Friday, Sept. 4. The artwork was photographed by Mike Carson last summer in Sean’s hometown of Detroit and features street performers hovering above Sean while playing drums on buckets of roses.

On Sunday, Sean Don revealed that the album was done and in the mixing phase. “I feel nothing but happy! Finally done recording #D2,” he said. “Time for mixing.”

“I’m praying that this album touches people and we blessed enough to see success,” he told DJ Khaled in May. “My thing is, I want people to feel the vibration of it and rise to their success though, more so than anything… The most satisfying thing is to see the people who you helped along the way change the world with you.”

Sean has yet to reveal the tracklist, but in March, he dropped a trailer featuring appearances from Young Thug, Ty Dolla $ign, Post Malone, Jhené Aiko, and A$AP Rocky.