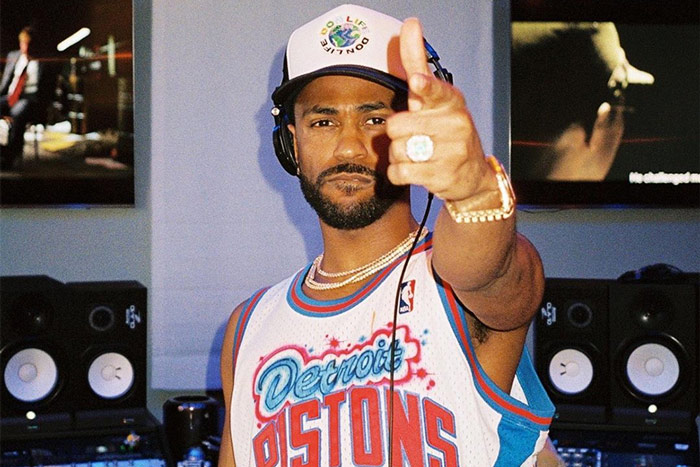 Big Sean took to Instagram to preview a minute-long verse from an incomplete track. While reclined on a couch in the studio, the Detroit MC paid homage to his mother (“Who gave me everything but never took anything for herself”), while rapping about Oprah Winfrey and Gayle King (“I never thought I’d see the day my mom wouldn’t agree with Oprah and Gayle”), Billie Eilish, and Harriet Tubman.

“But ni**as not gon’ forget about me like ni**as forgot ’bout how Harriet was supposed be on top of that 20 dollars,” said Sean Don while “Pokémon: Mewtwo Strikes Back – Evolution” appears on the TV screen in the studio.

The song is still a work in progress, according to Sean. “Still fuckin wit this but my brudda jus caught me vibin out,” he wrote in the caption.

Sean is gearing up to release the follow-up to 2017’s I Decided sometime this year. The long-awaited project, which may be titled Detroit II, is expected to include collaborations with Post Malone, A$AP Rocky, and Meek Mill. “I just been returning to my roots. I’ve just been getting back to having fun with it,” he told Beats 1.

He is also slated to perform at Coachella in April and can be seen flexing his acting chops on Lena Waithe’s new series “Twenties,” which premiered Wednesday on BET.