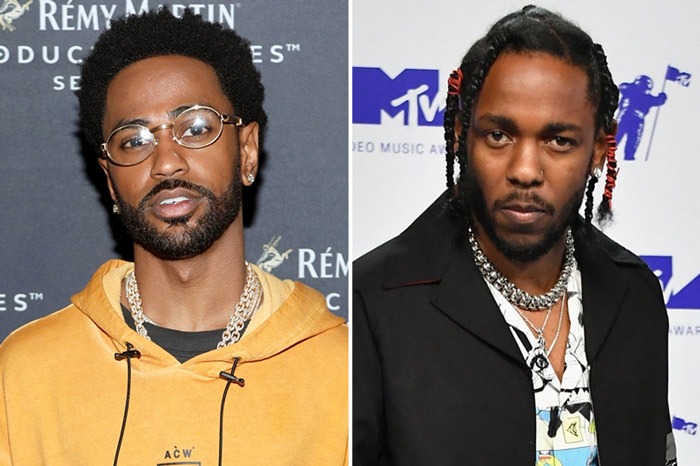 Big Sean is setting the record straight about his rumored beef with Kendrick Lamar.

The Detroit rapper recently sat down with Joe Budden for his “Pull Up” YouTube series, where he addressed his relationship with the Compton MC following their 2013 collaboration “Control.” On his explosive verse, K-Dot called out several MCs including Sean, which may have caused friction between the two.

In 2016, Sean released “No More Interviews,” which was presumed to contain a diss aimed at Kendrick. “And I’m just not impressed by you ni**as rapping fast / Who sound like one big asthma attack, but trash when I’m rapping it back,” he raps. “Who you put in your top five and claim they the savior of rap / So many friends turn to enemies, they frenemies.”

Sean addressed the controversial verse during his interview with Budden, insisting that he wasn’t targeting Kendrick. “So then I remember going online and seeing, ‘Oh, is he talking about Kendrick?’ ‘Cause I was talking about people who rap fast,” he said. “I wasn’t beefing with nobody. I was literally addressin’ a whole f**kin’–I’m just rapping, ni**a. It wasn’t like a specific person or else I would’ve said his name.”

Despite all the speculation, Sean decided to ignore the chatter. “So I see and I’m like, ‘That’s some bullshit.’ So I didn’t give no energy to it. Time goes on, and then Kendrick, he dropped a freestyle [‘The Heart Part 4’] and I don’t know what he said that made people like, ‘Oh, it’s about Sean.’ So I hear the shit, I’m like, ‘What part they talkin’ ’bout?’”

So he reached out to TDE CEO Anthony “Top Dawg” Tiffith, who assured him that Kendrick wasn’t dissing him. “I immediately hit up Top ’cause I got a relationship with Top. And they like, ‘No, it ain’t about you at all. That was just addressing to everyone. That was just to whoever. But don’t listen to the Internet, they just gonna throw 200 on it,’” recalled Sean. “I’m like, ‘Alright, fo sho.’ Imagine I have that conversation, I’m like, ‘Alright, I ain’t even gotta reach out to Kendrick.’”

While there was no real beef, their relationship became awkward. “It got to a point where somehow, it was just a weird tension between me and him even though it was already said it was no beef because people made it that way.”

Then last April, he was seated next to TDE executive Punch while on a flight to North Carolina to perform at J. Cole’s Dreamville Festival, shortly after Nipsey Hussle died. “He’s like, ‘You ever hollered at Kendrick?’ And then as soon as he said that…it was like, ‘Ohhh.’ I damn near put it on the back burner in my brain. I’m like, ‘Damn. No, I never did.’ And he was like, ‘Man, you should’ve definitely hollered at him.’”

So Sean reached out directly to Kendrick and they squashed any issues that may have existed. “Got his number and we communicated. The respect is mutual. It was literally nothing,” he said.

Watch Sean speak on Kendrick below.