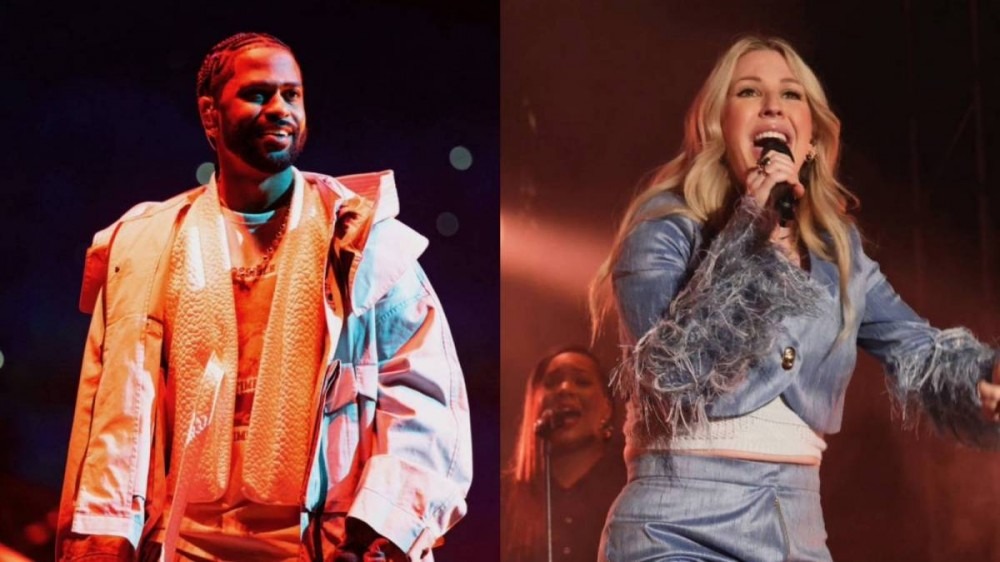 Highlighting the full circle moment on Instagram, the Detroit rapper posted a series of pics from the set of the song’s video along with a shot of him and Goulding in the studio together.

“I sampled @elliegouldingover a decade ago on my first album on High w/ Wiz, so that jus goes to show how long she been killin it!” Sean captioned his post. “Love for havin me on ya new one ‘Easy Lover’ n big congrats!”

‘High’ sampled Goulding’s 2009 track “Fighter Plane”, the b-side of her debut single “Under The Sheets”. Big Sean was joined by Wiz Khalifa and Chiddy Bang on the track which appeared on his debut album Finally Famous.

It’s not the first time that Goulding has been sampled in the world of rap. Soulja Boy sampled her 2012 track “High For This” on “Rockstar,” French Montana worked her breakthrough hit “Starry Eyed” into his 2020 track “I Know”, and more recently Fivio Foreign borrowed her 2010 song “Light” for his “World Watching” collaboration with Lil Tjay and Yung Bleu.

The sample the British singer is probably most famous for is “Don’t Say A Word,” which Drake used on his 2013 track “Pound Cake” featuring JAY-Z. In 2020, Goulding made it a point to remind people that she was sampled on the Nothing Was The Same track, posting a video to TikTok.

“Here’s something I bet you didn’t know about me…” she captioned the clip. “This is my voice on this song,’ she then adds while smiling as Pound Cake plays.”

You can check out the video for “Easy Lover” below:

Meanwhile, in other news, Big Sean is currently looking forward to being a dad for the first time with his girlfriend Jhené Aiko.

After the “Sativa” singer was spotted with a baby bump for the first time earlier this month (July 3), the Detroit rapper took to social media to celebrate the pregnancy and reveal he can’t wait to experience fatherhood.

“Whole new motivation foreal!” he wrote. “Very grateful God continues to bless us, Thank You. Can’t wait to be a Dad.”