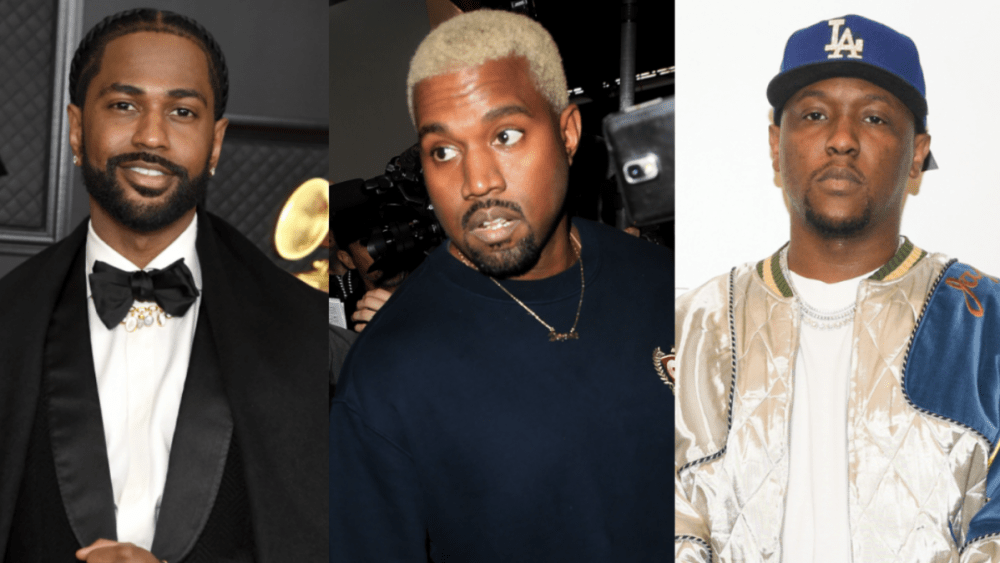 Big Sean recently aired out his grievances with Kanye West, such as being owed $6 million, following his departure from G.O.O.D. Music. Sean Don and Hit-Boy joined Million Dollaz Worth of Game on Sunday (November 14), where the Detroit native explained why Kanye can be tough to work with.

When it comes to collaborating on a Kanye West project, Sean says he’s been burned one too many times so he doesn’t celebrate a feature credit with Ye until the song is officially released. Sean revealed he’s been taken off tracks without a phone call in the past or the track just doesn’t end up coming out.

“Kanye can be very hard to work it,” Big Sean admitted while Hit-Boy chimed in, “I thought you was gonna say that first. “Kanye will have you re-do a verse 10 times and not use them,” Sean continued before Hit-Boy added, “[Kanye will have you] redo some drums 10 times.”

Big Sean continued, “With ‘Clique,’ I did that verse on the fly so there’s like eight other verses on there. After him and Hov met up, they cut everybody but they was like, ‘Leave Sean on there, he went too crazy with the hook.’”

Sean Don made sure to clarify that his Million Dollaz Worth of Game comments weren’t in response to Kanye West’s recent Drink Champs interview since the podcast was recorded weeks earlier.

Kanye and Big Sean have had a falling out since Sean announced he’s no longer signed to G.O.O.D. Music. During his Drink Champs chat, Yeezy called signing Big Sean the “worst decision of his career,” revealing he didn’t like how Sean and John Legend switched up on him when he was running for office in 2020.

Big Sean responded on Twitter by sharing a photo of him and Hit-Boy hanging out with Kanye, writing, “Was just wit this man, he ain’t say none of that!!! And this was after the interview! I’m dying laughing at you.”

Was just wit this man, he ain’t say none of that!!! And this was after the interview! I’m dying laughing at you @kanyewest 😂 pic.twitter.com/xUJNlolKf0

It appears Soulja Boy isn’t the only one to have an issue with Kanye West when it comes to being left off Donda. During his Million Dollaz Worth of Game interview, Big Sean revealed he was cut from “Hurricane,” despite Kanye praising his verse.

“Even on the song ‘Hurricane,’ we did that song years ago,” Sean explained. “I was on that song and he called me like, ‘Your muthafuckin’ verse crazy on here.’ It didn’t come out when it was supposed to. It’s years old at this point and I don’t take things personal at all. My point is, I don’t get excited about anything until it’s done — until it’s out because things change for sure.”

Big Sean still managed to get his bars off over the “Hurricane” beat during a recent visit to the L.A. Leakers, though.