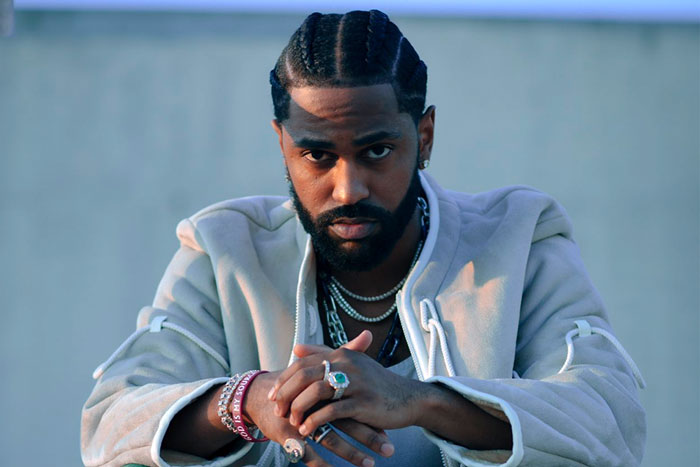 With just five days until Detroit 2 drops, Big Sean delivers his new song and video for “Harder Than My Demons.”

Over the Mike WiLL Made-It and DJ Khalil-produced track, Sean Don reflects on his evolution and faith, while Justin Bieber makes an uncredited vocal cameo at the end.

“No more breaks, dawg / It’s time to break hearts,” Sean raps on the inspirational anthem. “I don’t take disrespect, I take charge / I’m in the mirror looking at a work of art.”

He also shares his thoughts on vaccinations (“No sir, I don’t even do flu shots”) and brushes off his haters. “But I gotta thank God though / ‘Cause he got me working harder than my demons,” declares Sean.

In the powerful video, he takes a look in the mirror while experiencing a rebirth.

Detroit 2 marks the sequel to Sean’s 2012 mixtape. “When I was making Detroit 2, I felt like I was returning to my roots but with a stronger foundation. The music reminded me of the Detroit mixtape while I was making it,” he told New York magazine. “But I think people will be able to relate to [the album] wherever they’re from. Detroit is an inclusive city. A lot of people haven’t been, but Detroit is fun, man. That shit is the best. It ain’t bougie. It ain’t Hollywood. We real people from there.”

It’s been over three years since Sean’s last solo album, I Decided, but he won’t keep fans waiting again. “After this album, I don’t think that I’m going to be done again for a long time. I’m inspired to keep going,” he said.

Being black in this country, Im looking for motivation right now, in life and music! It’s been too much trauma n tragedy lately. I’m a do my part, do what I can, I just pray y’all hear me out! 🙏🏾🌍🌹🚀