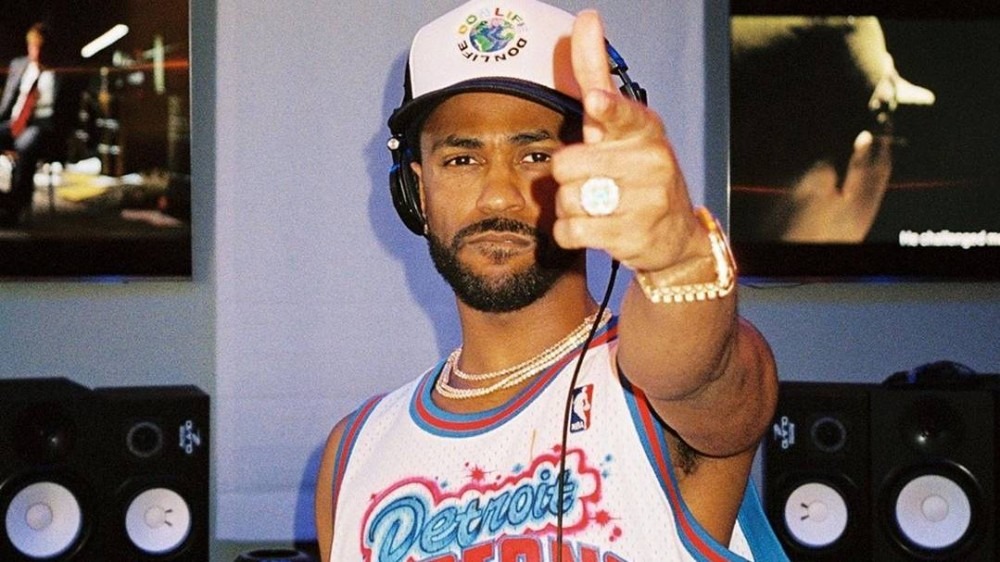 Big Sean’s comeback year has been one for the books. He dropped his long-awaited album Detroit 2, which went No. 1 on the Billboard 200 chart and delivered some hard-hitting features on tracks with Benny the Butcher, Lil Wayne, Nas, Megan Thee Stallion and more. Now Sean has even more reason to celebrate his remarkable year with a new position with the Detroit Pistons.

On Tuesday (December 22), both Sean and the Pistons announced the Detroit native is his hometown team’s creative director of innovation. Sean Don is expected to guide the NBA franchise’s cultural aesthetics, which ranges from the design of merchandise to the different experiences fans get at games, on and off the court.

During a conversation with The Undefeated, the Detroit 2 rapper explained how the deal came about.

“It was really something I threw out in the universe one day,” Sean said. “I mentioned it, like, man, ‘They need to give me a job!’ Talking about the Pistons, Red Wings, Tigers or Lions. I’m a huge Detroit fan. I’m ride or die with it. I’ve always said that, but especially with the Pistons. It’s crazy that it happened like this. I’m just truly grateful.”

A dream come true for a lifelong Pistons fan:@BigSean is the @DetroitPistons' new creative director of innovation.

“[I’m going] to bring that feeling and that aesthetic that I grew up with in admiring the Pistons as the franchise” he added. “Not to say it’s gone anywhere, but to really think creatively on how to execute a vision. I’ll creatively come up with ideas for us to look good and have fun and, you know, to culturally put our best foot forward.”

Big Sean isn’t the first artist to have an exclusive position with a sports team. Nelly is a part-owner of the Charlotte Hornets while Usher has a stake in the Cleveland Cavaliers. Even Drake was announced as the Toronto Raptors global ambassador in 2013.

It’s clear Big Sean is having a lot of fun at the moment. He recently dropped a new video with his girl Jhené Aiko for their Ty Dolla $ign-assisted collaboration “Body Language” off Detroit 2. The video has the couple recreating classic black romantic comedies like Love Jones, Poetic Justice, Waiting To Exhale and The Best Man.