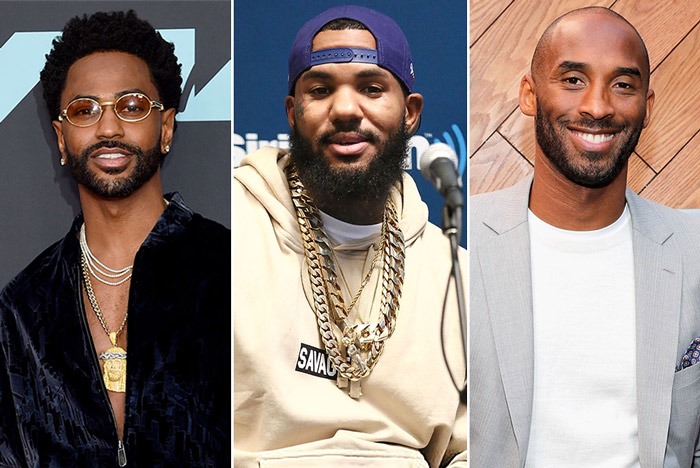 In the wake of Kobe Bryant’s death, Big Sean and The Game have recorded a tribute to the NBA legend. A preview of the track has surfaced Los Angeles Leakers’ Justin Credible, which finds Sean and Game paying their respects to the Black Mamba over a Hit-Boy production, which samples The Marvelettes’ “I’ll Keep Holding On.”

SOUND ON‼️ 4AM at the Staples Center, I wanted to come pay my respects. Every thing I watch on TV and Social media has been breaking my heart and I know millions of others agree. It’s crazy to be standing here at the house the KOBE built. I can’t get any closer to the memorial until 6AM but I found this song that some of my friends did that I wanted to share with Ya’ll. Another L.A. KING rapping his heart out for our hero. #RIPKOBE #RIPGIGI Don’t ask where I got it, just enjoy it! L.A. Leakers & L.A. Lakers! It’s only right❗️ @losangelesconfidential @bigsean @hitboy @ceoslow 🐍🏆🏆🏆🏆🏆 @laleakers @power_106

An emotional Game also mourns the loss (“We lost a legend but Vanessa lost a husband and a daughter”) and remembers Nipsey Hussle (“I was courtside when you scored 60 / Now you in heaven with my ni**a from the ’60s / Black Mamba, Neighborhood Nipsey”). He adds, “As I shed tears chugging this Hennessy back / What you do when people die and God ain’t sendin’ ’em back / Question everything.”

Meanwhile, other artists are also turning to music to honor the five-time NBA champ. Tinashe and Bad Bunny have released tributes in memory of the Black Mamba.

Mamba Mentality 4 life! Thank you for everything Kobe! pic.twitter.com/MzQ8a4i2U5

I’m sick !!!!! I love you bro. Thank you for everything. You & GiGi rest well 🐐 @kobebryant #MambaForever pic.twitter.com/V01TUgK0mm