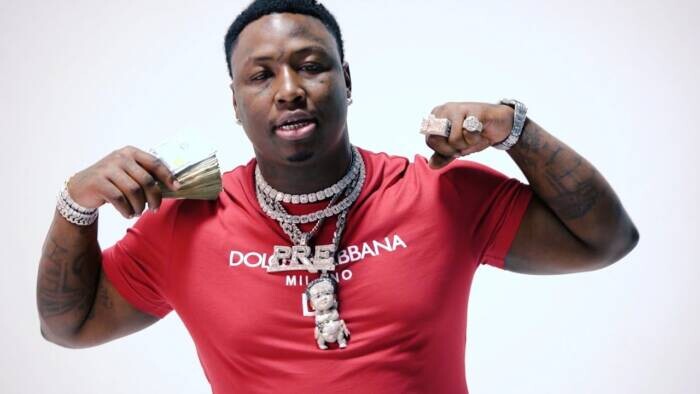 With a charismatic personality as “gigantic” as the pockets he pads with racks, Big Moochie Grape has been serving up raw, uncut bars rooted in Memphis tradition, but irreplicable in execution. Today, the Paper Route Empire artist returns to share the video for his laid-back banger, “East Haiti Baby.” The intro and title track from his recent East Haiti Baby project, anchored by the same Bill Withers sample that powered Blackstreet’s “No Diggity,” finds Moochie delivering soulful flows over a softened beat that lets his Southern drawl glide over every bar with ease, nodding to his mentor Young Dolph with lines like, “Know that I’m wet cause I’m signed to a dolphin.”

The video is a reflection of the ups-and-downs from Moochie’s life on the streets to the stage, as the larger-than-life stepper stands on his own through it all. Rocking layers of icy chains, including one of the “East Haiti Baby” pieces featured on the project’s cover, which sits right below his PRE pendant, Moochie walks himself from the director’s chair to center stage of the shoot. It’s Moochie’s show, it’s Moochie’s world, and it’s a blessing just to live in it.