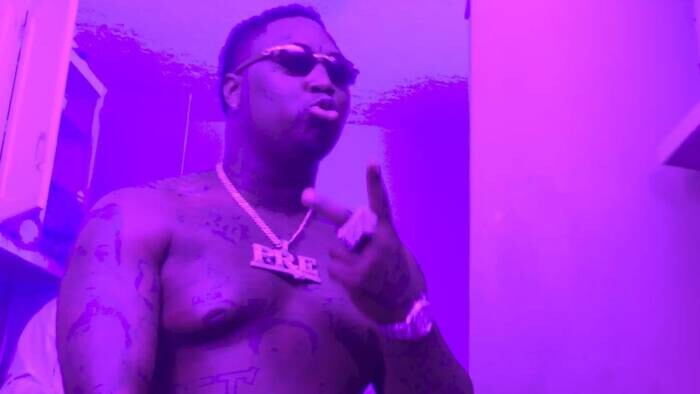 The more gigantic Big Moochie Grape gets, the harder he balls. Telling off the opps while sweet-talking their girlfriends, the Paper Route Empire artist shares his new video for the Bandplay-produced banger “Cotton Candy,” from his recent East Haiti Baby project. The unmistakably Memphis track finds Moochie bouncing over muted bells, stealing hearts and playing his part as he raps, “Throw a lot of bullets call me Big Moochie Manning/Got rich, f****d his b****, now he can’t stand me.” The video is just as drenched in pink and blue hues as the money glued to Moochie’s palms throughout the clip, even as he engages in explicit extracurriculars, putting that Moochie mojo on full display.

Aided by signature Tennessee-style production from Bandplay, Sosa 808, Ayoza, and more, East Haiti Baby Moochie’s rise from the trap to the top, showcases the street acumen and sly grin that has him rising in his city and beyond. East Haiti Baby is home to Moochie’s ice-cold singles “I’m The One” and “Never Had Sh*t,” each of which earned well over 1.5 million views on Youtube in recent weeks. Continuing a dominant year for Paper Route Empire as they honor Young Dolph‘s legacy, Moochie enlists Key Glock and Kenny Muney for features, and shares a new verse from Dolph himself on mixtape highlight “Fun.” Whether he’s bouncing over a Bill Withers sample on “East Haiti Baby,” belting out cash-crazed melodies on “Money Money Money,” or swapping spitfire flows with Dolph, the Memphis native’s colorful charisma is felt throughout the 15-track tape.

Big Moochie Grape burst onto the scene in 2020 with Eat Or Get Ate, a hard-hitting EP that earned coverage in XXL, UPROXX, 2DopeBoyz, HotNewHipHop, and more. Home to singles like “Big Juice” and “Uh Huh Uh Huh Uh Huh” (4.6 million views), Eat Or Get Ate established Moochie as one of PRE’s most valuable players. The rapper returned with a vengeance on Paper Route Empire’s PAPER ROUTE iLLUMINATi mixtape, turning in highlight tracks like “Illuminati Business” and “Non Stop” (1.3 million views), and made his mark on Paper Route Empire Presents: Long Live Dolph, delivering the powerful and defiant “In Dolph We Trust“ (1.5 million YouTube views).