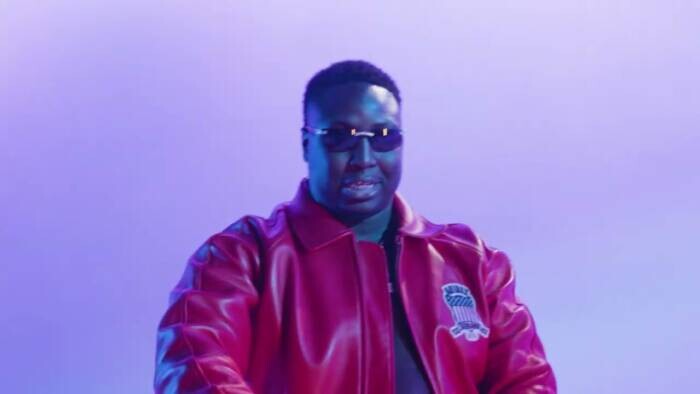 Rising in the South on the back of his “gigantic” personality, Big Moochie Grape‘s charisma can’t be contained. Flashing his ice and his million-watt smile, Moochie shares “Acting Up,” his brand new music video. Produced by Bandplay, who combines chiming keys with booming 808s, “Acting Up” finds the Paper Route Empire rapper showing off his lockstep flows, dividing his fearless flexes into hypnotic triplets: “Got rich quick, now a n**** can’t stand me/Know a J named Oscar and I’m servin’ them grammies,” spits Moochie. In the video, directed by HDotRoss, the East Memphis native rocks his PRE chain and plays pool with a homie, as he flirts with a bevy of baddies. “Acting Up” is a highlight from East Haiti Baby, Moochie’s recently released album, and follows the boisterous video for the title track.

Aided by signature Tennessee-style production from Bandplay, Sosa 808, Ayoza, and more, the tape chronicles Moochie’s rise from the trap to the top, showcasing the street acumen and sly grin that has him rising in his city and beyond. East Haiti Baby is home to Moochie’s ice-cold singles “I’m The One” and “Never Had Sh*t,” each of which earned well over 1 million views on Youtube in recent weeks. Continuing a dominant year for Paper Route Empire as they honor Young Dolph‘s legacy, Moochie enlists Key Glock and Kenny Muney for features, and shares a new verse from Dolph himself on mixtape highlight “Fun.” Whether he’s bouncing over a Bill Withers’ sample on “East Haiti Baby,” belting out cash-crazed melodies on “Money Money Money,” or swapping spitfire flows with Dolph, the Memphis native’s colorful charisma is felt throughout the 15-track tape.

Big Moochie Grape burst onto the scene in 2020 with Eat Or Get Ate, a hard-hitting EP that earned critical acclaim. Home to singles like “Big Juice” and “Uh Huh Uh Huh Uh Huh” (4.5 million views), Eat Or Get Ate established Moochie as one of PRE’s most valuable players. The rapper returned with a vengeance on Paper Route Empire’s PAPER ROUTE iLLUMINATi mixtape, turning in highlight tracks like “Illuminati Business” and “Non Stop” (1.3 million views), and made his mark on Paper Route Empire Presents: Long Live Dolph, delivering the powerful and defiant “In Dolph We Trust“ (1.4 million YouTube views).