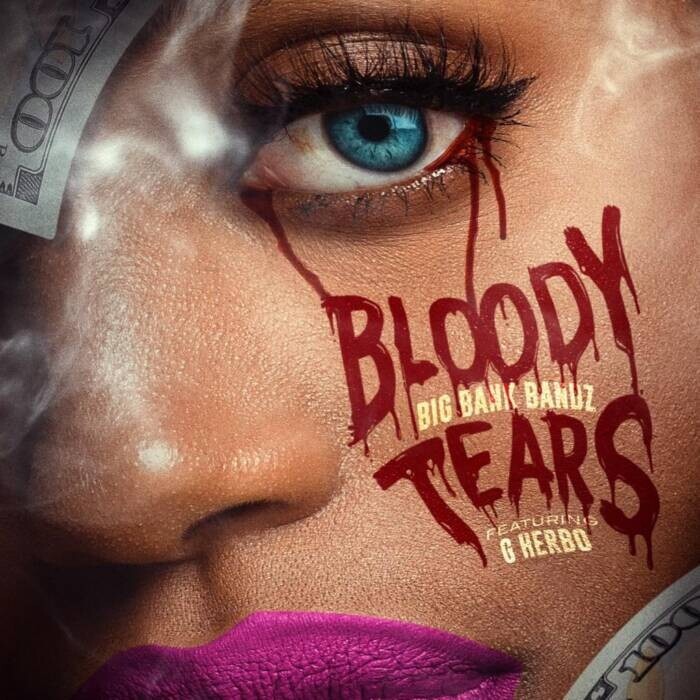 Chicago rising star BigBankBandz is back with his latest single “Bloody Tears (Feat. G Herbo)” available on all DSPs and streaming services HERE. The track is accompanied by a visual directed by Laka Films and is streaming via YouTube HERE.

Chicago rapper BigBankBandz has been shutting down the rap game and this time he has done it again! “Bloody Tears” featuring GHerbo is an instant track that is definitely being talked about in this industry. He talks about living in the trenches and being smart when moving in tough situations. Also with both artists growing up in the streets of Chicago, G Herbo was a natural fit for this track.

Film Director Laka Films and No More Heros did shoot the video which has made over 180K youtube views to date and is currently on playlists like Bars Of The Best!

At the top of the year, Bandz dropped a freestyle with From My Block that has made so much buzz in the industry. His last EP “Bank Statement” went to number 9 on the Hip Hop/Rap charts on iTunes. He has worked on records with artists like Calboy and been on tour with artists like Chief Keef.  From dropping his success with his EP in 2020, Bandz used 2021 and 2022 to continue to deliver heat with singles like “Huh”, “Facts”, “Said What I Said”, and “Taking Spots” just to name a few. With Bandz’s consistency in dropping new music, he has racked up over 1.5 million views to date.

BigBankBandz’s latest single “Bloody Tears (Feat. G Herbo)” is available on all DSPs and streaming services HERE. The track is accompanied by a visual directed by Laka Films and is streaming via YouTube HERE.

BigBankBandz comes from a deeply rooted history in the music industry and quickly developed a passion to make music in his childhood years. Bandz toured with the likes of Chief Keef, performing at noteworthy festivals such as AC3, Revolt & Rolling Loud just to name a few.

BigBankBandz has developed a unique rap style whereas he is able to deliver catchy hooks and hard-hitting bars and be able to connect to a commercial or street audience. He is set to release his new project “If You Listen.” All hip-hop fans will surely want to tune in as Bandz has noteworthy features such as G-Herbo, Nardo Wick, and breakout artist PGF Nuk from Chicago on the project. The rising star is prepared to have his breakout year.