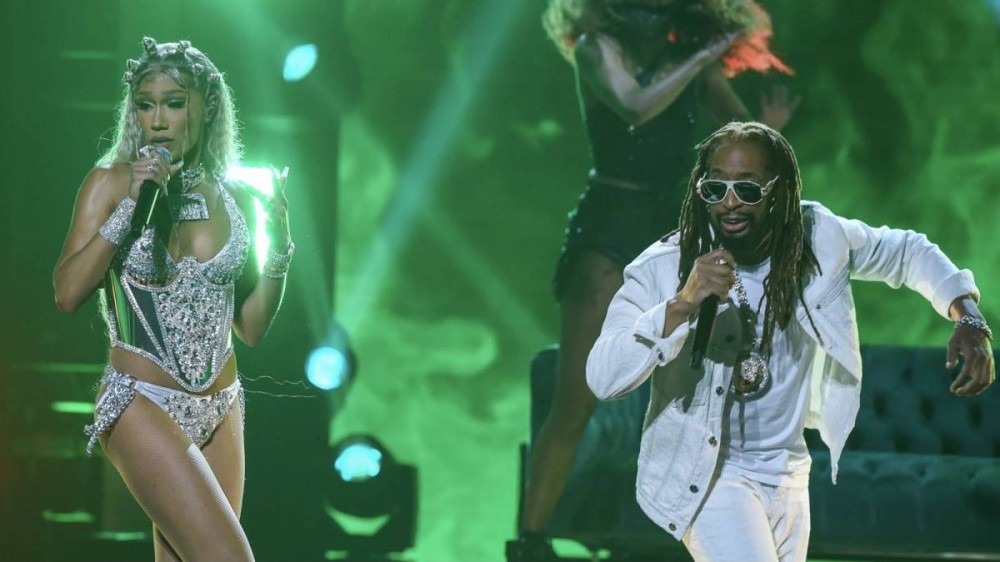 Atlanta, Georgia – BIA has been on quite the run this year thanks to her breakout hit remix “Whole Lotta Money” featuring Nicki Minaj. The Boston-born rapper has been so undeniable that BET tapped BIA to perform at their annual Hip Hop Awards show. Despite having one of the hottest songs of the year, BIA didn’t translate that energy during her performance at 2021 BET Hip Hop Awards show.

BIA appeared on stage with a dazzling diamond-studded outfit but it wasn’t enough to save her mediocre renditions of “Whole Lotta Money” and the Lil Jon-assisted “BIA BIA.” As fans in attendance cheered her on, BIA couldn’t shake off how unprepared she looked during her set. Lil Jon couldn’t even save the performance with his legendary hype man antics.

Social media had a field day with BIA’s performance criticizing her for taking the stage with such lackluster energy. What they were hoping would be a fantastic set actually left fans with a sour taste in their mouth. BIA caught wind of the comments on social media and handled it like a true professional with a tweet on her Twitter page.

“It’s giving I wish it was me lol,” BIA wrote in her first tweet, allegedly replying to everyone who had something to say. “One thing about me… I’m always gonna stay grateful, and perfect my craft. Thanks for the constructive criticism! I take it all in and come back harder next time.”

It’s giving I wish it was me lol

One thing about me…
I’m always gonna stay grateful, and perfect my craft. Thanks for the constructive criticism! I take it all in and come back harder next time 🥰🤞🏾

BIA returned hours later with a retweet of an earlier post showing another one of her performances, but this time, the energy and crowd reaction was stronger than what she got at the awards show. According to BIA, if anyone doubts her performance skills, they’re more than welcome to catch her set on Don Toliver’s The Life Of A Don Tour.

BIA is currently supporting Don Toliver’s The Life Of A Don Tour, which kicked off in Las Vegas, Nevada on September 17. The tour will end on October 30 and has remaining stops in Philadelphia, Pennsylvania, Charlotte, North Carolina, Atlanta, Georgia and more.

Relive BIA’s performance at the 2021 BET Hip Hop Awards below.