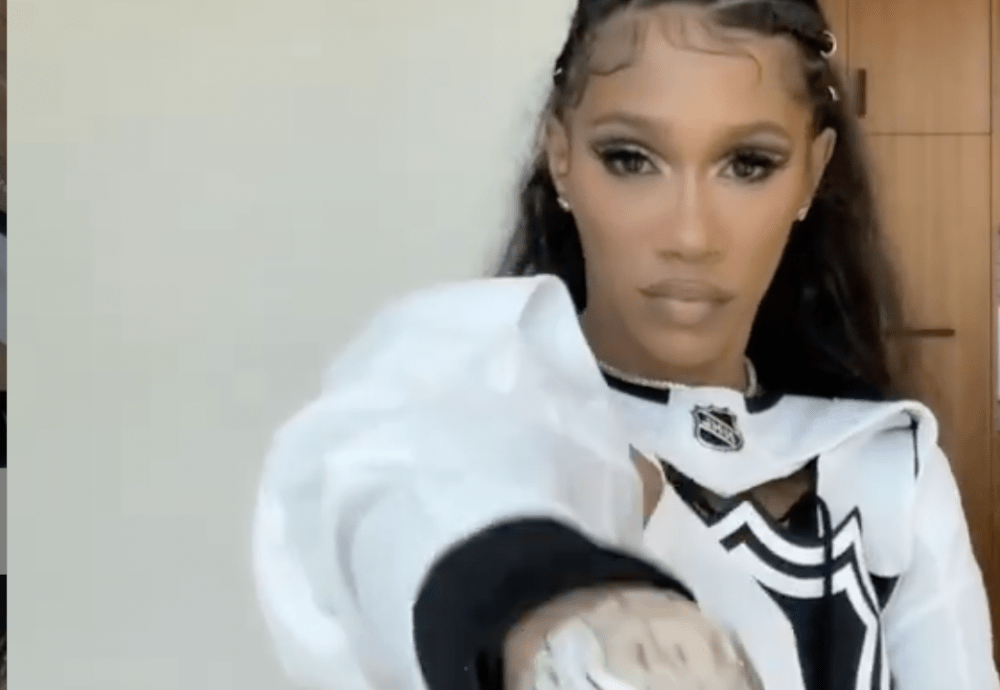 BIA might not be able to skate too well, but being a Massachusetts native, she was automatically born into Boston Bruins fandom. Once the NHL caught wind of her November 2020 track “Skate,” which finds her dropping a Stanley Cup reference, they had BIA rework a hockey-tweaked version of the record and made it the official playoff anthem of the 2021 postseason.

“When I went to the studio and heard the beat, the first thing I saw [in my mind] was me, on the rink, skating on the ice,” BIA told ESPN of the track. “A trophy for a lot of us is jewelry or something like that. And the Stanley Cup is the ultimate goal. So I tied the two together and made a fire song.”

The NHL is featuring “Skate” as one of the few songs cleared to soundtrack first-round highlights and will be used for promos throughout the playoffs. She heard from the league as to what kind of content they were looking for, and with some hickey research of her own, BIA came back with a few frozen rhymes tailormade for the ice.

“We get behind every single team we have in Boston,” she explained of her fandom. “We love them, genuinely. As soon as you come out of the womb, you start dying for your teams.”

With BIA’s “Skate” sure to broaden her horizons to a totally new type of fan base, the 29-year-old isn’t the first rapper to have a track prominently featured with a professional sports league. The Migos crafted an anthem for the 2018 MLB playoffs and Rexx Life Raj’s “Bounce Back” was the official song of the 2020 NBA Playoffs in the bubble.

Watch the NHL version above and listen to the original song below.