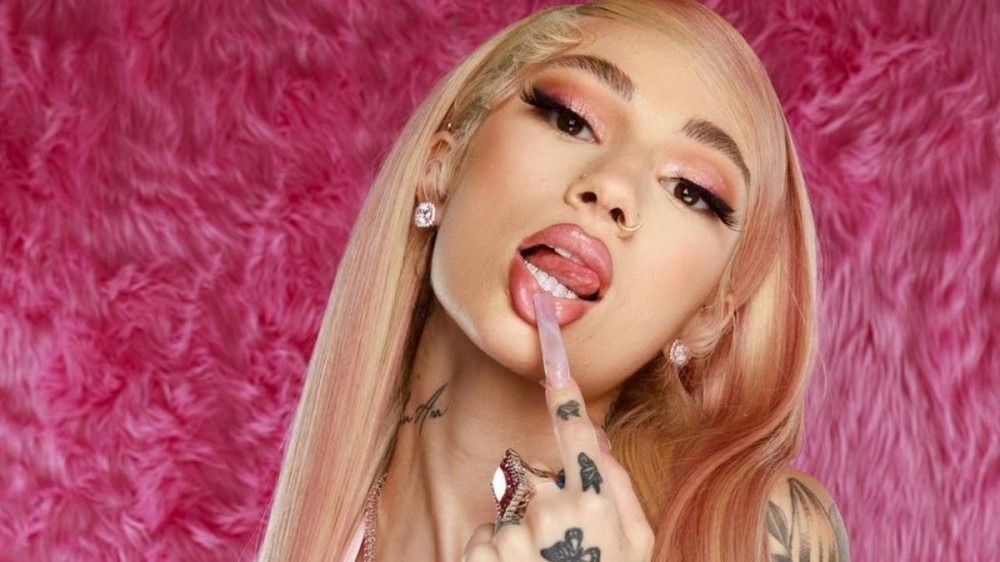 Bhad Bhabie has long struggled with gaining weight and was down to 83 pounds on her 5’3″ frame mere months ago — but now, she has something to celebrate.

She explained in the caption, “First 2 pics are from march 23 22 I weighed 83 pounds. Last 3 are from this morning I weigh 103 and I’ve never been happier with how my body looks! I’ve always been under weight no matter how much I ate I could never gain. I’ve been 80-85 pounds since I was 12.

“My goal weight was always 105 but I never thought I would b able to make it past 95. Funny thing about it is I’ve had ass shots since I was 17 and I’m just now starting to have a ass, so yes ima call my ass natural bc it still wasn’t there till I started gaining weight.”

Like most public figures, Bhad Bhabie has routinely faced criticism over her looks. Accusations of cultural appropriation and plastic surgery have been a constant theme in her life, but she doesn’t den she’s had some work done. Last October, the 19-year-old rapper addressed allegations of full facial reconstruction surgery and simultaneously copped to having a few different procedures.

“I got 1/2 syringe of lip fillers a couple months ago, veneers and sculptra and silicone in my butt I’ve told y’all that multiple times,” she wrote. “What’s the point of my wearing make up if it don’t make me look better? Im only 18 why would I get full facial reconstruction surgery when I don’t even know how I’m gonna look when I get older? Only when I wear make up and/ or wigs y’all say I got surgery and compare it to pics of me at 13.”

Speaking to HipHopDX in November 2021, Bhad Bhad admitted she takes a different approach when dealing with her critics these days, but it can be challenging.

“Sometimes you just have to embrace it [the hate],” she said at the time “People are always telling me that hate just brings more attention which brings more numbers and opportunity. I try to look at it like that when I can, but it’s not easy. I can’t get into the minds of these trolls. It is what it is. If they aren’t hating then you have a problem.

“I try my best to ignore them, but I am human at the end of the day and will defend myself and people I love if I need to. People think celebrities don’t have feelings or are a robot, but I’m just like everyone else.”