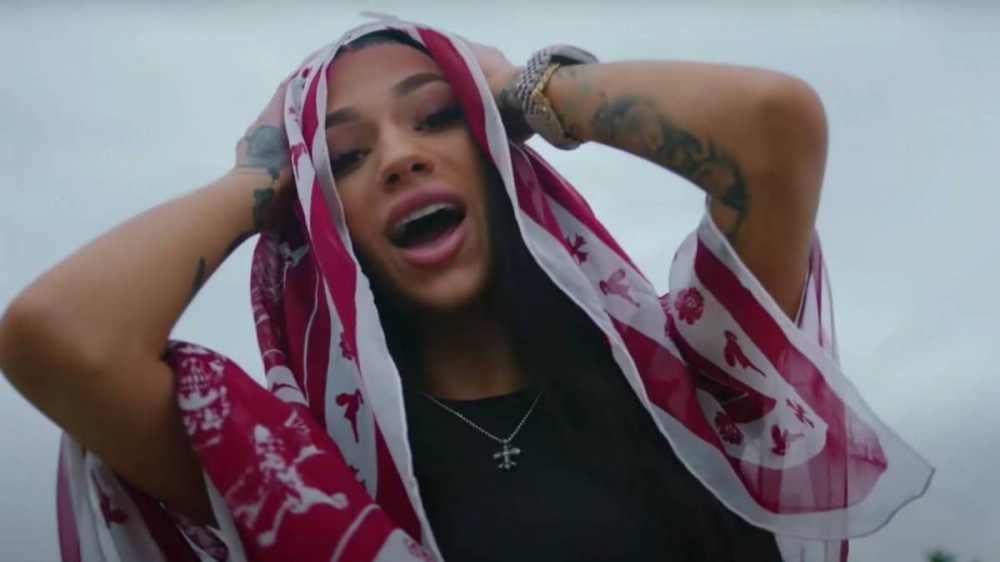 Exclusive – Danielle Bregoli, better known by her rap moniker Bhad Bhabie, was catapulted to fame seemingly overnight. Following her infamous 2016 appearance on The Dr. Phil Show — which spawned the catchphrase “Cash me ousside, how bout dat?” — suddenly she was fielding all kinds of offers from people who wanted to capitalize on her newfound notoriety.

Soon, Atlantic Records came knocking and signed Bhad Bhabie to a record deal in 2017, shocking everyone in the process. Since launching her rap career, Bhad Bhabie has faced even more scrutiny from the public, prompting her to passionately defend herself on numerous occasions. But in one of her most recent singles, “Miss Understood,” Bhad Bhabie admits she’s in a place where she almost welcomes it at this point.

“I jus’ be living life, been getting hated on for so long I like to feel it right,” she raps. “Know how many I done put on, you bitches kidding right?”

Speaking to HipHopDX, Bhad Bhad says she takes a different approach when dealing with her critics these days — but she doesn’t always get it right.

“Sometimes you just have to embrace it [the hate],” she says. “People are always telling me that hate just brings more attention which brings more numbers and opportunity. I try to look at it like that when I can, but it’s not easy.”

She adds, “I can’t get into the minds of these trolls. It is what it is. If they aren’t hating then you have a problem. I try my best to ignore them, but I am human at the end of the day and will defend myself and people I love if I need to. People think celebrities don’t have feelings or are a robot, but I’m just like everyone else.”

Bhad Bhabie has been the subject of ridicule numerous times over the last few years, mostly when she’s accused of cultural appropriation. In December 2019, she was berated for sporting box braids, a style typically reserved for Black women.

In this case, the teen star wasn’t able to hold her tongue and instead countered, “To all the black females that are saying my hair ain’t meant for box Braids guess the fuck what y’all hair ain’t meant to be straight but y’all glue whole wigs on to your heads and sew Brazilian/Indian/Peruvian hair which is anything like your natural hair texture at all and I don’t say a god damn thing neither do the other cultures that you get the hair from.

With that, Bhad Bhabie faced even more social media slander and retorted, “Lol I knew the internet would find a way to flip what I was saying so first of all my comment was NOT directed toward ALL black women who wear straight hair only toward the black women who were saying I was trying to b black bc I was wearing braids.

“All I did was say back to them what they said to me by saying they want to b like other cultures for wearing straight Peruvian, Indian and other hair types.”

Even with all of the challenges, Bhad Bhabie has carved out a comfortable life for herself — and she’s only 18. In April, she claimed she made over $1 million in less than six hours after launching her OnlyFans page. When asked what that said about men and the misogynistic nature of the music industry in general, she replied, “I’ve been through a lot of bullshit being not just a female but also coming into this so young at 13.

“I’ve learned you have to stand your ground and speak up and some people may call you crazy and I might lose some opportunities, but I know my truth at the end of the day. I made a name for myself at a young age.”

Although no longer with Atlantic Records, Bhad Bhabie is moving forward with her career. Her latest visual for “Bi Polar” arrived on October 29 and is expected to be included on her forthcoming EP. Check it out below.