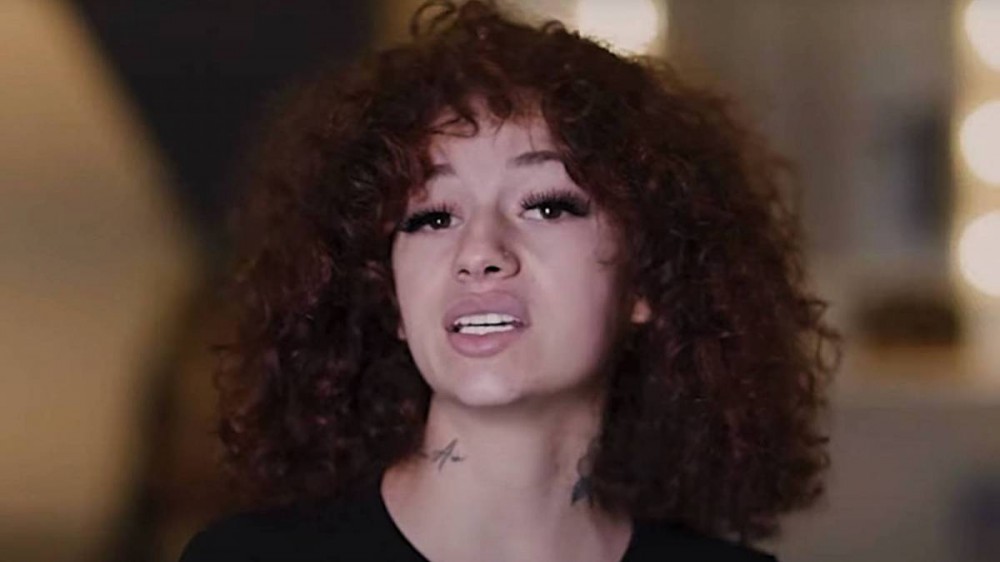 Before Bhad Bhabie was, well, Bhad Bhabie, she was widely known the “Cash Me Ousside” girl thanks to her infamous 2016 appearance on The Dr. Phil Show. During the episode, the then-troubled teen challenged some snickering audience members to “cash her ousside” where she’d presumably welcome them to a beating. Although she never did catch any of them “ousside,” she quickly became an internet sensation and immortalized into meme infamy.

The Boynton Beach, Florida native has struggled with her newfound fame over the past five years. In a 2017 interview with HipHopDX, she talked about the neverending references to the viral meme.”People are usually like, ‘Cash me ousside, cash me ousside,’ and it’s like, ‘No that’s not my name at all,’” she told DX at the time. “But I don’t want to really address it because then people are gonna be like, ‘Oh it gets her mad, let’s do it more. All of it’s childish. You have a name for a reason. It’s just disrespectful. You don’t see other people that came up different ways being called something they said.”

Four years later, her feelings haven’t waivered. During a recent YouTube video from the Atlantic Records rapper, she admits she detests that period of her life — even though it inadvertently made her a millionaire and signed recording artist.

“My problem with the meme was always that people only got to see half the story,” she said in the nearly 4-minute long video. “For years I didn’t even want to talk about it. People would say it and I would just be like, ‘OK yeah, whatever.’ That meme made it seem like I was an evil, hateful girl. That’s why I hate it so much because that’s not me … Y’all can’t judge somebody’s whole life off of a 30-second clip … I always wanted people to know me for me.”

“Who made the rule that just because you’re older than them you get to treat them with no respect at all,” she says. “I’m still a human being you have to have some sort of respect for me … he makes me so mad.”

The 17-year-old also talked about the six months she spent at Turn-About Ranch in Escalante, Utah, which has been at the center of controversy in recent months. In February, she shared an Instagram post insisting Turn-About Ranch needs to be shut down due to its treatment of the young women sent there seeking help. Her post also included a video of a young woman named Hannah Archuleta who claims she was sexually abused while residing at the ranch.

“Turn about ranch treatment facility punished this young lady Hannah for reporting that one of their staff members assaulted her,” Bregoli wrote. “Keep in mind when your at this program you can NOT have any contact at all with your parents nor able to use a phone this girl couldn’t even call the police if she tried. There’s been a Murder at this facility, reports of torture and now a report of sexual abuse and dr. Phil still continues to send trouble children here even after knowing this stuff has happened at this facility.”

She then opened up about her own experiences with the facility, adding in part, “I went through being malnourished, abused and having to do hard labor and being there while someone was murdered. I came back with more trauma then I went there with.”

Bhad Bhabie then followed up with a public service announcement in conjunction with social justice movement Breaking Code Silence, further shining a light on the allegations against Turn-About Ranch.

Now, when I seen the punishments [Archuleta] was given, I knew like okay yeah, I really have to say something,” she says in the clip. “I really have to have her back on this ’cause I truly believe that they did that. So, Dr. Phil, I’m going to give you from now to April 5 to issue an apology – not only to me, but to Hannah, and any other child that you sent to Turn-About or any other program like this. And if you don’t, I’m gonna handle things my way.”