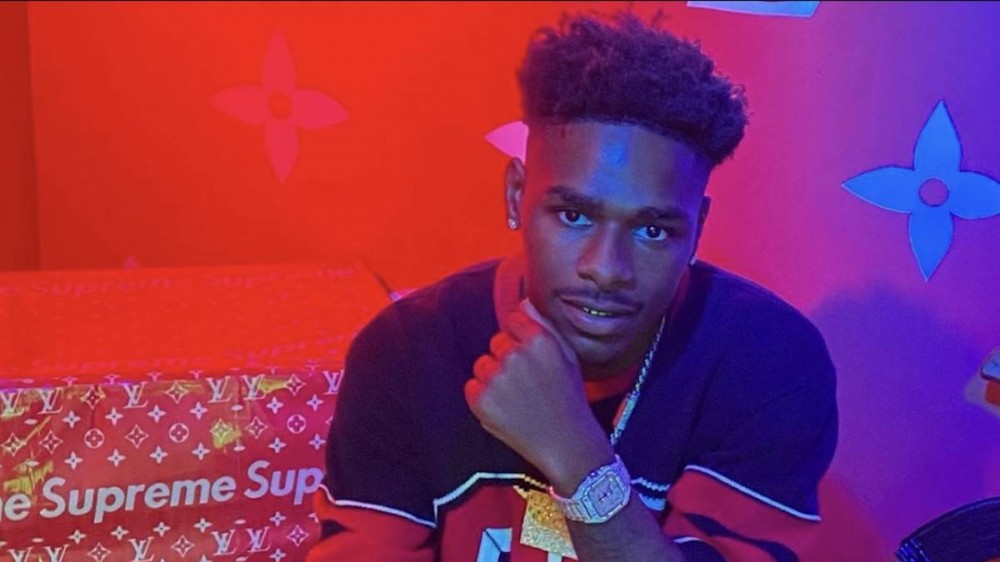 BFG Straap, a 22-year-old rising rapper from Dallas, was shot and killed along with another man in South Dallas earlier this week.

Lucien died at the scene, while Strapp was transported to a local hospital where he died later. No arrests have been made in the killings.

Almost immediately, tributes and condolences were spread across the Dallas Hip Hop scene, most notably from those closest to Straap, such as his DJ Cav2X.

“Can’t believe i’m making this post gang,” Cav2X wrote on Instagram. “You messed us up with this one fasho, you and ma @ldthemanager believed in me when nobody else did what I suppose to do now. forever thankful for the opportunity, love you forever mane.”

Straap began his career in 2016 and earned recognition following the release of “Las Vegas” in 2019, garnering the attention of JetsonMade, the producer of Jack Harlow‘s platinum single “What’s Poppin” and DaBaby‘s “Suge.”

The two collaborated on several songs including “GANG MEMBER” and “Parlay,” the latter of which appearing on Straap’s 2021 release, Straap 4 President. In August, he released his 11:11 project and had amassed over 17,000 monthly listens on Spotify at the time of his death.

JetsonMade has maintained a strong relationship with DaBaby since “Suge” exploded in 2019. The South Carolina born producer lent a hand for DaBaby’s Baby On Baby 2 album, the sequel to his breakthrough debut album. Baby utilized promo for the album by once more bringing up his shooting of a trespasser at his North Carolina home in April.

Utilizing a mock therapy session, the therapist asks Baby why did he do his best to not shoot at the man and resolve the situation another way.

“So, Baby, I think you’re still kinda traumatized about the shooting that happened at your house that night,” the therapist said in the promo clip. “Can you give me some details on why would you shoot the guy when you got vicious-ass dogs runnin’ around your goddamn house? Why didn’t you just simply call the police and let your dogs out, n-gga? I think you want to kill a motherfucker anyway, n-gga.”

Meanwhile, Harlow’s career has taken off since “What’s Poppin.” He’s not only become one of Kentucky’s most visible rappers with appearances at the Kentucky Derby, but also one of the most awarded.

In August, Harlow nabbed four MTV Video Music Awards, including ones for his  “First Class” single which won Song of the Summer, and his “Industry Baby” collaboration with Lil Nas X notched three awards for Best Collaboration, Best Art Direction and Best Visual Effects. He was also nominated for Artist of the Year, Best Choreography and Video of the Year.