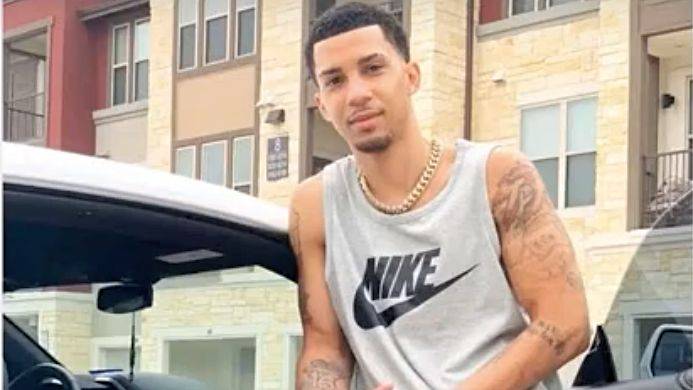 San Antonio, TX – An alleged cousin of Beyoncé, Martell Derouen, is reportedly dead from a gunshot wound. According to the New York Post, San Antonio police discovered the 34-year-old’s body on Tuesday (January 26) after executing a welfare check on his home. An unidentified person called the police after they hadn’t heard from Derouen for several days.

Local TV station KSAT reports officials have issued a warrant for the arrest of 21-year-old murder suspect and fellow rapper Sasha Skare, who was previously involved in the San Antonio music scene and released a single produced by Derouen in April.

Court records show she was charged with aggravated assault with a deadly weapon in 2019 following a shooting that left one man dead and another injured. Austin police believe Skare and boyfriend Andrew Bass set up a meeting to rob a drug dealer. The robbery resulted in an exchange of gunfire that killed Bass and wounded the other man.

“There is no way to replace him, but please help us find this girl,” Derouen’s wife Joia said in a statement. “She is dangerous and I do believe she will kill again. If you see her please contact the police.”

Derouen, who rapped under the moniker Kardone, signed to the Sony Music record label The Orchard in 2019. Friend and Fyngermade Studio owner Brian Mitchell remembered Derouen as “a real subtle dude” and applauded him for not using Beyoncé’s name to his advantage.

”That’s not even something he would even mention to people,” Mitchell said. “We’d just have to put [that information] in his bios because it’s just, it’s worthy to put it in there, but he doesn’t like stuff like that.”

An Instagram page reportedly operated by Skare is being inundated with comments telling her to turn herself in to authorities. The San Antonio native began rapping and singing in 2018. She has one single “Zoom” available on Spotify, along with an album titled Hyer Quality, Vol. 1.

The San Antonio Police Department is asking anyone with information on Skare’s whereabouts to contact the homicide unit at 210-207-7635.