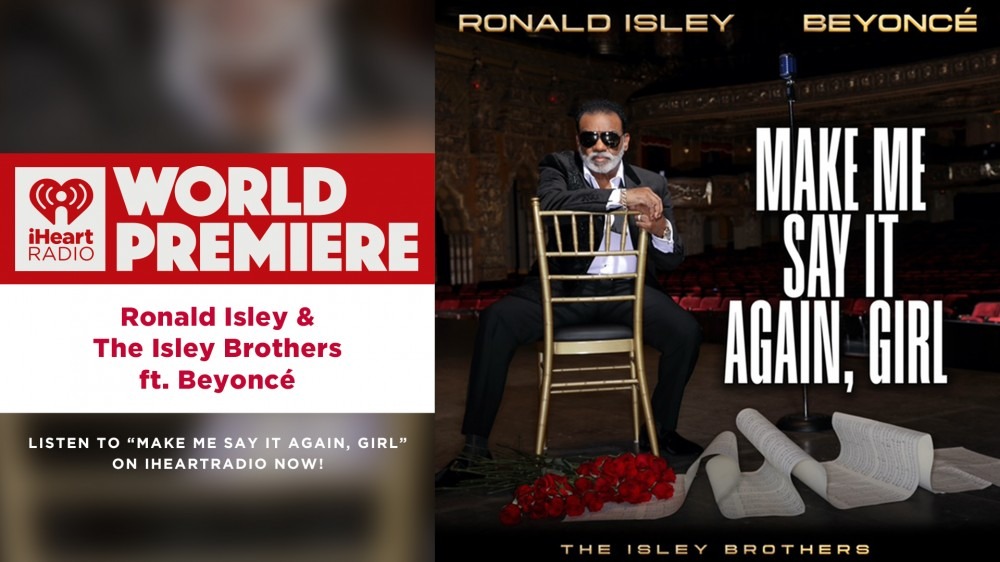 Just days after teaming with Madonna for a “Break My Soul” remix, Beyoncé has teamed with R&B legend Ronald Isley and The Isley Brothers for “Make Me Say It Again, Girl.” The single is a remake of the Isley Brothers classic from 1975’s The Heat Is On album.

You can hear a preview of the single below, and be sure to tune into iHeartRadio for the full single.

This Beyoncé run may be her best yet. With Renaissance already sitting on top of the Billboard 200, Beyoncé now has taken control of the Billboard Hot 100 with “Break My Soul.” Pulling off a trifecta, Beyoncé also holds the top spot on the Artist 100 chart.

Beyoncé’s reign at the top of the Artist 100 is a first since the start of the chart in 2014. The Renaissance album is the seventh No. 1 for Beyoncé and bowed with 332,000 equivalent album units.

Beyoncé is the fifth woman to lead the Artist 100, Hot 100, and Billboard 200 charts at the same time. The other four are Taylor Swift, Adele, Ariana Grande, and Camilla Cabello.