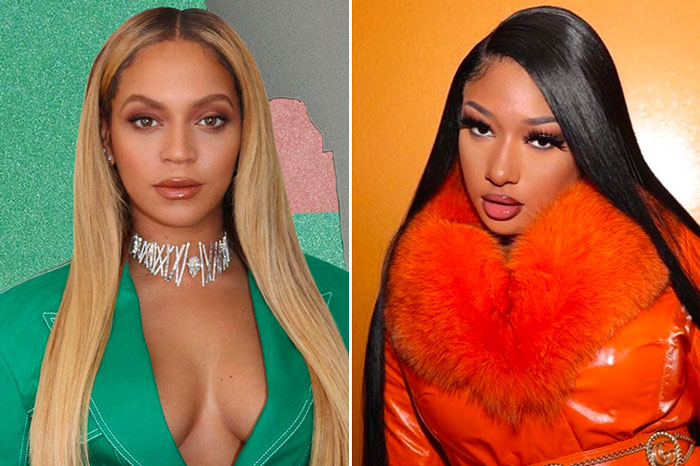 Megan Thee Stallion earned her first No. 1 on the Billboard Hot 100 this week with “Savage” featuring Beyoncé.

To celebrate the milestone achievement, the Houston hottie received flowers from the Queen herself. Taking to Instagram Stories, she shared a Boomerang of the pink and white floral bouquet along with a handwritten note from Bey.

“Congrats on your number one Queen, Love, B,” read the note.

Meg also gave props to Beyoncé for assisting her with the remix to their chart-topping hit. “We did that thank you queen @beyonce,” she captioned her video.

Beyoncé sent flowers to Megan @theestallion congratulating her on her first-ever #1 song. 💖 pic.twitter.com/Bq0wo7BKpf

The “Cognac Queen” also showed off gifts she received from fashion brand Coach and her fans. “You’ve accomplished so much in a matter of two years and we’re nothing more than grateful to be on this journey with you,” her Hotties wrote in their heartfelt note.

“Savage” became Meg’s first No. 1 on the Hot 100 and Beyoncé’s seventh as a solo artist.

“HOTTIES WE ARE NUMBER 1 ON THE HOT 100 FOR THEE FIRST TIME EVERRRR,” a grateful Meg told her fans. “WE FUCKING DID IT thank you god this is our first but it damn sure won’t be our last ! I love y’all so much.”