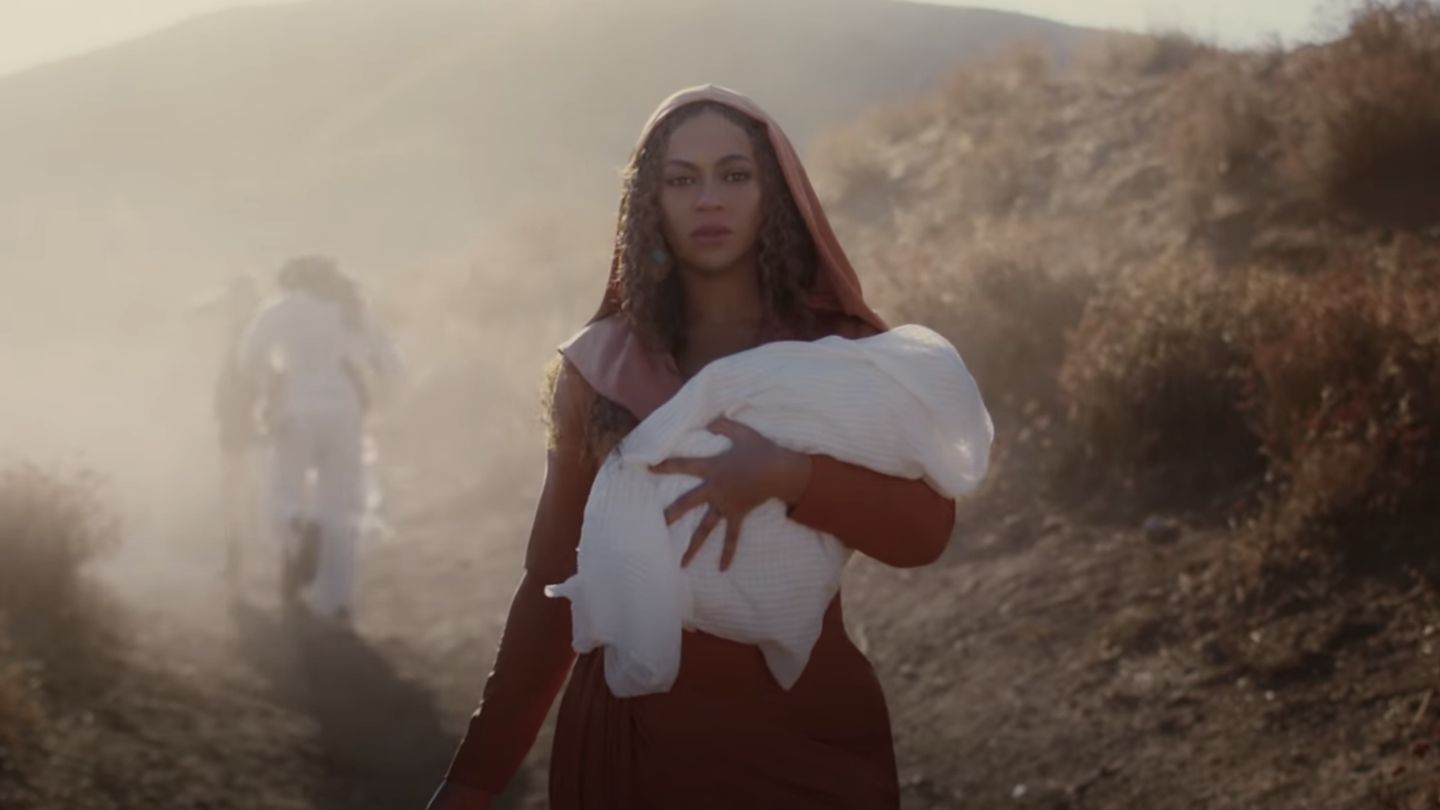 Last month, Beyoncé announced an ambitious new project: a forthcoming film and visual album called Black Is King hitting Disney+ on July 31. And over the weekend, we received a new look at what that'll look like, thanks to a vibrant new teaser. From what she's shown us, Black Is King will feature colorful set pieces and costuming, cosmic iconography, and of course, appearance from Bey and Jay-Z themselves — as well as Lupita Nyong'o, Naomi Campbell, and more.

The grandeur of the trailer makes it feel like Black Is King is a massive cinematic event, and a quick look at its credits reveals that it is. The film written and produced by Beyoncé herself, and she directed it as well, alongside Blitz Bazawule, Ibra Ake, Jenn Nkiru, Jake Nava, Pierre Debusschere, and Dikayl Rimmasch. It's based on The Lion King, as well as Bey's The Gift soundtrack album that complemented the 2019 film which she starred in. She's referred to it as a "companion piece."

In the language of Disney, the new film "reimagines the lessons from the 2019 blockbuster for today's young kings and queens in search of their own crowns." You can see that on full display in the new trailer, where children are forged in space and decorated in glowing colors here on earth. It'll reportedly feature new visuals for songs previously heard on The Gift, including "Brown Skin Girl."

As Bey wrote on Instagram to announce it, Black Is King is "a labor of love. It is my passion project that I have been filming, researching and editing day and night for the past year. I've given it my all and now it's yours."

"The events of 2020 have made the film's vision and message even more relevant, as people across the world embark on a historic journey," she continued. "We are all in search of safety and light. Many of us want change. I believe that when Black people tell our own stories, we can shift the axis of the world and tell our REAL history of generational wealth and richness of soul that are not told in our history books."