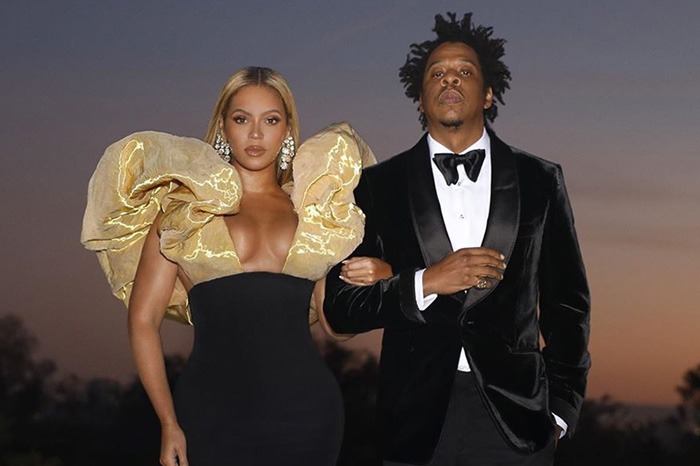 Beyoncé and JAY-Z’s Oscars after-party was the place to be on Sunday night.

“The theme of the party was also a representation of Houston and Brooklyn, where both Jay and Beyoncé are from. There were pool tables set up and it was made to feel like a dive bar,” an insider tells E! News. “It wasn’t overly extravagant and it seemed like they wanted everyone to feel casual.”

Questlove kept the well-dressed crowd on the dance floor all night, spinning ’90s throwbacks as well as Bey and JAY-Z’s own hits like “Empire State of Mind,” “Deja Vu,” and “Crazy in Love.” At one point, Hov got on the mic and rapped along to “I Just Wanna Love U,” while Bey was seen “mouthing and dancing” to her hits.

“Everyone was around her, and bowing down to her,” says a source. “She even got on the mic at one point and sang a few lines and remixed ‘Brown Skin Girl’ and ‘I Care,’ with a few other songs of hers.”

Usher was spotted in the photo booth with A$AP Rocky, while JAY-Z congratulated Hair Love‘s Matthew A. Cherry and Karen Rupert Toliver on their win for Best Animated Short Film. Travis and Kylie arrived together, but “didn’t show overly PDA” although they were standing together the entire night.

Reese Witherspoon, who received an IVY PARK care package, was seen greeting Queen Bey with a big hug. “Only @beyonce could get me out of the house past 11pm,” said the Oscar-winning actress.