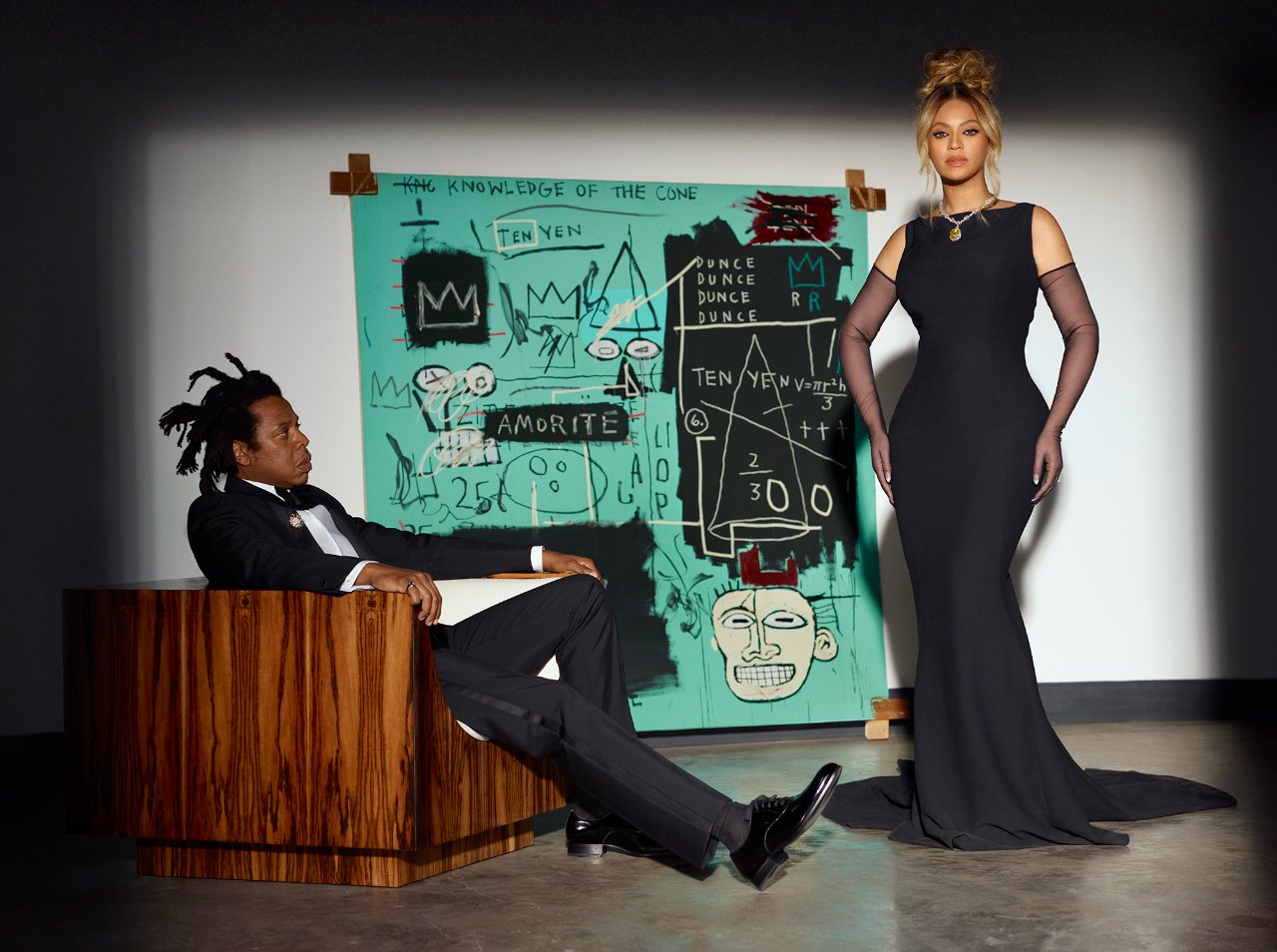 Shawn “JAY-Z” Carter and Beyoncé Giselle Knowles-Carter have made their debut as the new faces of Tiffany & Co.

The company will premiere a short film that features Beyoncé singing “Moon River” to Hov while sitting at a piano. This is the first time The Carters have appeared together in an advertising campaign.

The campaign is titled “About Love” and is shot by Mason Poole at the Orum House in Los Angeles. The campaign also features a never-before-seen Jean Michel Basquait painting.

Beyoncé models the iconic Tiffany Yellow Diamond in the ad, becoming only the fourth person to wear the priceless piece. Hov wears Jean Schlumberger’s legendary Bird on a Rock brooch. The brooch was reconstructed into a pair of cuff links. Additional jewelry in the ad is a 22-carat yellow diamond ring, a 15.02-carat emerald-cut diamond ring from Botswana, and an 18-carat yellow and rose gold bracelet.

“Beyoncé and JAY-Z are the epitome of the modern love story. As a brand that has always stood for love, strength and self-expression, we could not think of a more iconic couple that better represents Tiffany’s values,” Alexandre Arnault, EVP of product and communications, says in a statement. “We are honored to have the Carters as a part of the Tiffany family.”

The Basquiat piece is from his private collection and is called Equals Pi. The piece was reimagined in Tiffany’s signature blue.

“Love is the diamond that the jewelry and art decorate,” The Carters say in a statement to PEOPLE.