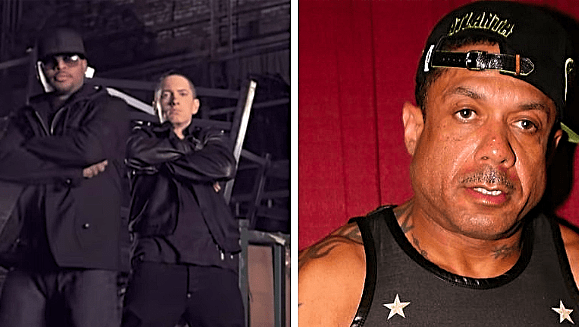 Royce Da 5’9 was admittedly bored on Monday night (February 8) and decided to provide his nearly one million Instagram followers with a little entertainment. In a video clip posted to his page, Royce’s current rival and former co-publisher of The Source magazine Benzino was adamant he deserves an apology from Nickle Nine while simultaneously challenging both him and Eminem to a boxing match.

The Bad Meets Evil MC introduced the clip in the caption with, “Ladies n Gentlemen I was bored tonight so I figured I’d work on my editing skills … And without further a due, I give you @queenzflip and the Amazingly delusional, Ray ‘You owe me a Pology’ Benzino. Enjoy.”

Benzino begins, “If me and Eminem got in a room and he heard why I did what I did and just would understand, that’s it. I would love to step in the ring with Royce or Eminem. And we can do it like men. We got gloves on. The fuck? Then after, we can shake hands and all of this will be over with ’cause there’s a lot of built up animosity, so why not go in the ring and put on some gloves like men? Why not? We can get some money and [give it to] charity for some of these kids out there who need help.”

While Benzino admitted he’s never boxed before and could get “knocked the fuck out,” that’s apparently not going to stop him from trying.

“A boxing match would be dope against both of them — or one of them,” he continued. “After that, we can hug it out and this shit would be over. We can apologize. I will fight any one of these n-ggas. At 55-and-a-half-years-old, I will step in the ring with any of these n-ggas. I feel like I’m in great shape.”

The Benzino and Royce beef hit fever pitch in December 2020 after the former Love & Hip Hop: Atlanta personality went at Slim Shady (again). Royce responded on Twitter and sarcastically anticipated Benzino’s arrival on the popular app Clubhouse, saying it would be “the most obligatory pseudo toxic masculine tough guy talk the world has ever seen.”

Benzino quickly responded with, “N-gga it took that long to answer you Fy king slave. after you finish washing his drawers and sucking his dick holla at me. You the biggest coon in hip you sellout. How cam you be Malcom X and Sambo joe at the same damn time? I’m not Lil pump u fuck boi.”

It just got more disrespectful from there and their vitriolic back-and-forth carried into the new year. As Benzino explained, there’s one way to put the whole incident to rest — and apparently that’s to hop in the ring. But judging by Royce’s response, that’s probably not going to happen.