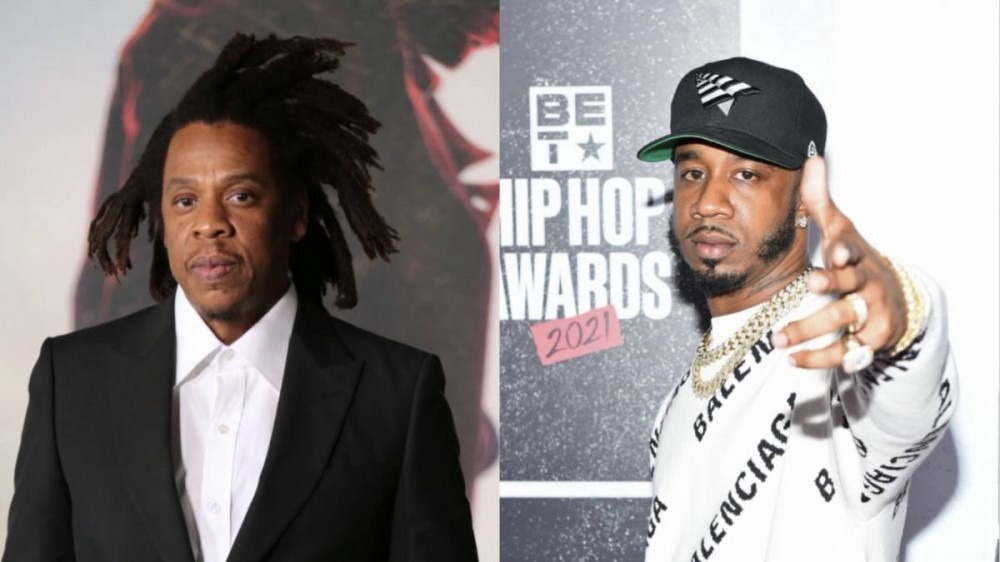 New York, New York – Benny The Butcher is positioning himself to be the biggest star out of the Griselda Records collective. There was a buzz going for the Buffalo, New York native early on, but things got taken to the next level when he signed a management deal with JAY-Z’s Roc Nation in 2019.

The Plugs I Met rapper has always shouted out Hov during interviews and on various songs, but he has yet to get anything done with the Brooklyn rap legend. During a recent visit to Power 105.1’s The Breakfast Club, Benny spoke briefly on whether he locked in a JAY-Z collaboration for his forthcoming album, Tana Talk 4.

“He hasn’t gotten on anything. Hov not thinking about rapping, I’m going to be honest with you, and when he do, it’s like a ‘Eureka!’ moment. He just thinking about it in that moment,” said Benny. “Ain’t like he done had his brain on it. But I’m dying for it. My shit is I need me a Hov verse, and I need that Roc-A-Fella chain. I’m auditioning for that Roc-A-Fella chain. I need my shit.”

Charlamagne Tha God wondered if Benny asked JAY-Z for the coveted chain to which the rapper explained it doesn’t work that way. According to Benny, getting a Roc-A-Fella chain has to happen organically without people asking any questions.

“You don’t ask for that, but me, I’m an eastside dirty Buffalo n-gga, I’m throwing hints,” Benny told Charlamagne. “I remember like a year or two ago, we’re texting, and I sent him a song and said something like, ‘yeah, I’m trying to get that chain,’ but that n-gga talks in codes. He’s like ‘yeah you definitely making a good case for it.’ Like damn [laughs], am I going to get it or not.”

Benny revealed he did ask Hov for a feature but was told the legendary rapper wasn’t in the space to do any features at that moment. He also explained that something similar happened last year when Benny jumped on a plane to meet with Hov to work on an idea for a collaborative song. Nothing came to fruition, though, since JAY-Z was busy tending to other priorities at the time.

Even though he didn’t snag a Hov feature for Tana Talk 4, Benny feels confident he already has the best album of 2022. Tana Talk 4 is scheduled to drop on February 11, and the Griselda rapper is so sure his album will grab 2022 Album Of The Year awards that he took to social media to field bets with anyone who thinks otherwise.

“While n-ggas be talking their shit, who wanna bet my shit go crazy when I drop Tana Talk 4,” Benny asked his fans in the Instagram video. “If anybody doubting me, who wanna bet? What we talking about? Who wanna bet me?”