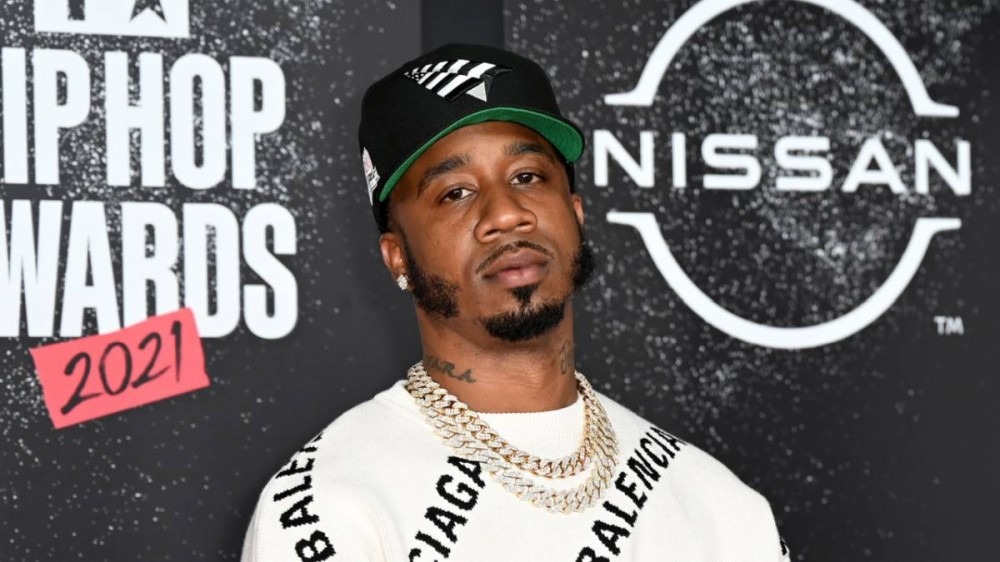 After serving up the first taste of Tana Talk 4 with the J. Cole-assisted “Johnny P’s Caddy” last month, Benny The Butcher has given fans their first look at his eagerly anticipated project.

Ahead of its release on Friday (March 11), the Griselda representative took to Instagram on Monday (March 7) to share the Tana Talk 4 cover art, which is an oil painting of a young Benny, his cousin/collaborator Westside Gunn and late brother Machine Gun Black.

“It just don’t get no more authentic than this,” he wrote. “Art by @itsmariel, a painting of MGB ME & @westsidegunn I BEEN makin classic music but it’s more to it than that. This shit about Levels,real n-ggas Power & Connections. I can feel the streets rootin for me it’s drowning out all the haters.”

Benny The Butcher also provided more insight into his record contract situation, revealing Tana Talk 4 will be released independently through EMPIRE before Benny shifts his attention to his major label debut on Def Jam, with whom he signed in November 2021.

“Produced solely by @daringer_ & @alanthechemist this my last independent Album thank u @empire,” he added. “After this drop I’m walkin in the Def Jam office as an Underground King…Machine Gun We did it !!!! 3/11”

As if Benny’s hometown of Buffalo, New York needed any further reminders about Tana Talk 4‘s impending release, a mural of the cover art popped up opposite the heavily-referenced Montana Ave, from which Benny’s Tana Talk series borrows its name.

On the Corner on Genesee & Doat right across from Montana ave. We call this part of the hood ‘The Island’ pic.twitter.com/K7B9QLT0F5

Benny The Butcher’s cover art reveal follows a surprising claim he made about Tana Talk 4 last week. “They tryna get me to change my words on TT4 and sensor me too much real shit being said,” he tweeted, although he didn’t specify who “they” are.

The project serves as the sequel to 2018’s critically acclaimed Tana Talk 3, which propelled Benny The Butcher’s career to new heights and earned him a management deal with JAY-Z‘s Roc Nation.

The 37-year-old MC has since released a slew of projects including Burden of Proof with Hit-Boy, two installments of The Plugs I Met and the Pyrex Picasso EP.