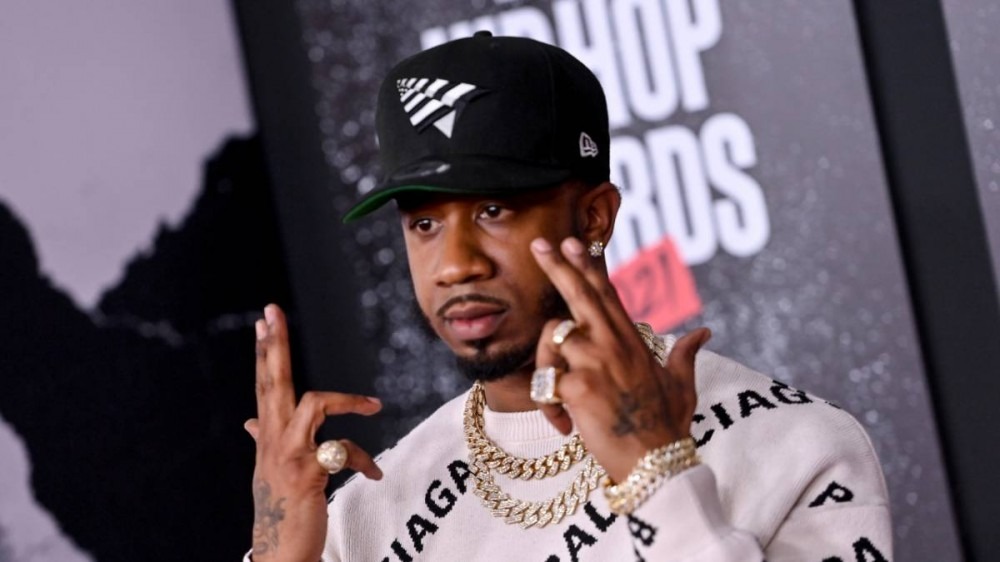 Benny The Butcher has made a name for himself as one of the best rappers in the game when it comes to rapping about pushing weight. With his latest album Tana Talk 4, Benny puts those coke-driven bars on full display and even tacks his own teachings onto Biggie’s “Ten Crack Commandments.”

During a recent interview with XXL, the Griselda rapper discussed the topic of best drug rappers of all time. According to Benny, there are three different MCs in the conversation — and one of them is himself.

“The best drug rapper of all time?” Benny said while pondering the question. “A lot of people come to mind. Let me give you my top three: me, Hov and Jeezy. That’s my top three. I gotta put myself in there, you know what I’m saying?”

He added, “It’s a lot of dudes, and that genre became big only because that’s the hood’s trade, that’s a black man’s trade. Street corner shit, that’s just what it is. That was our lane that we found to feed ourselves and do what we needed to do.”

Elsewhere in the conversation, the Buffalo native spoke about his relationship with JAY-Z and revealed the best advice he’s received from the Roc Nation mogul.

“I sit down and kick it with Unc for hours. He just talked that shit,” Benny said. “Be fearless and do what you do. He’s like, ‘You’re the guy, don’t let these people try to convince you that you’re not the guy ’cause that’s what they’re going to do.’ There’s so much game you getting from that man in a conversation.”

Benny The Butcher also revealed his aspirations to work with more R&B artists, which at first seems like a step away from his usual coke rap fare, but Benny reassures fans such a collaboration would be created under his rules.

“I want to work with Rihanna, I want to work with dudes like Ty Dolla $ign, like R&B cats and not even on no love song shit. Just some Benny The Butcher shit,” the Burden Of Proof rapper said. “I would tell people when you hear a love song from me, it ain’t going to be, ‘Ok baby, I love you. I want to take you to Paris, France.’ It’s going to be on my level and my terms.”