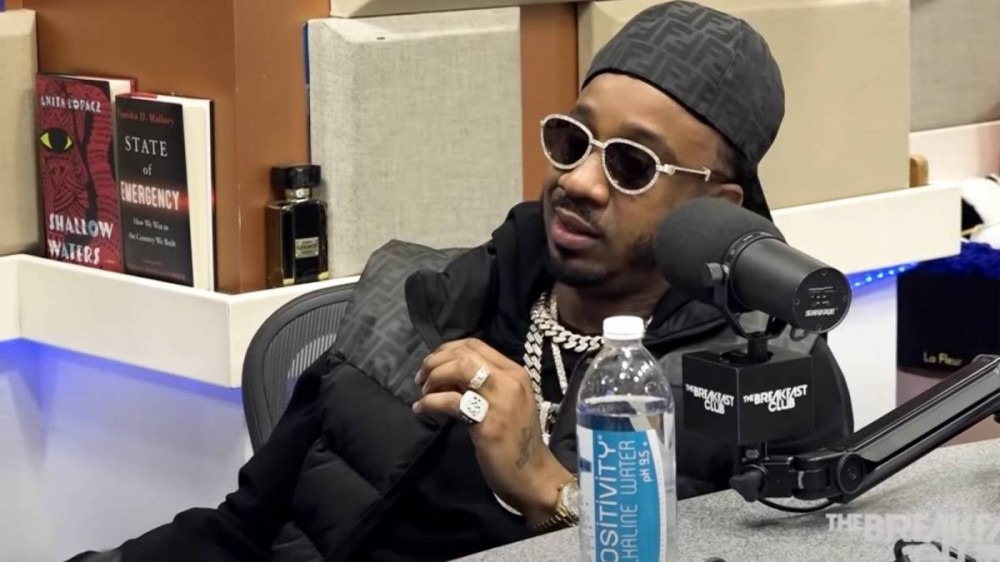 New York, NY – Benny The Butcher is in heavy promo mode as he readies Tana Tank 4, addressing everything from J. Cole’s verse on “Johnny P’s Caddy” to his desire for a collaboration with JAY-Z. During his much-talked about interview with The Breakfast Club, the Griselda Records powerhouse finally opened up about the 2020 shooting at a Houston Walmart in which he was shot in the leg.

TMZ reported Benny and his friends were in sitting in a Rolls-Royce truck when another vehicle with five men inside pulled up next to them, drew their guns and demanded their chains. Benny wound up getting shot and everyone scattered. His friends ultimately pulled over to call the police.

Looking back on the harrowing incident, there’s a sense the Def Jam artist knew it could’ve been much worse as he went into acute detail publicly for the first time.

“I went into Walmart, I forgot my mask and I went back to get my mask,” Benny explained. “N-gga was behind me like, ‘Drop that.’ I look back and it was like this little short n-gga behind me with a gun … I kinda like hit the gun down and took off on him.” The suspects eventually caught up to him and brandished their weapon.

“I’m like, man, you know, they got me,” he continued. “That’s when they backed up, looked around, hit me in my leg. I don’t think they shot me for running, to be honest. I don’t know, I can’t speak for them, but I feel like — it was a small dude and these was young dudes. Before I got shot, I was 195 [lbs.]. I lost a little weight. I feel like n-ggas really didn’t want to get close to me until I was disabled.”

Since the shooting, Benny The Butcher said he keeps more people around him and has tightened up his security.

In a 2021 interview with HipHopDX, Benny The Butcher talked about leaving the street lifestyle behind and living to rap about it.

“I got into it being from a neighborhood that was blanketed with it,” he explained at the time. “The whole history of the neighborhood was about drug dealing. It was a drug dealing block and I was a born on that block. When my mom birthed me, I was brought home from the hospital on that block. So the hustlers outside was doing what they was doing. As I grew up, those dudes was my friends, those dudes turned into my brothers, so I did what they did.

“It’s just the path I chose at the time. I got three felonies. I’ve been back and forth, in and out of prison. I got the other side of it, too — not just the glory of it, so that came with a lot of regret. That came with a lot of would of, should of, could of’s. And just basically around the time Wes [Westside Gunn] had this opportunity for me, there was other opportunities on the streets.”