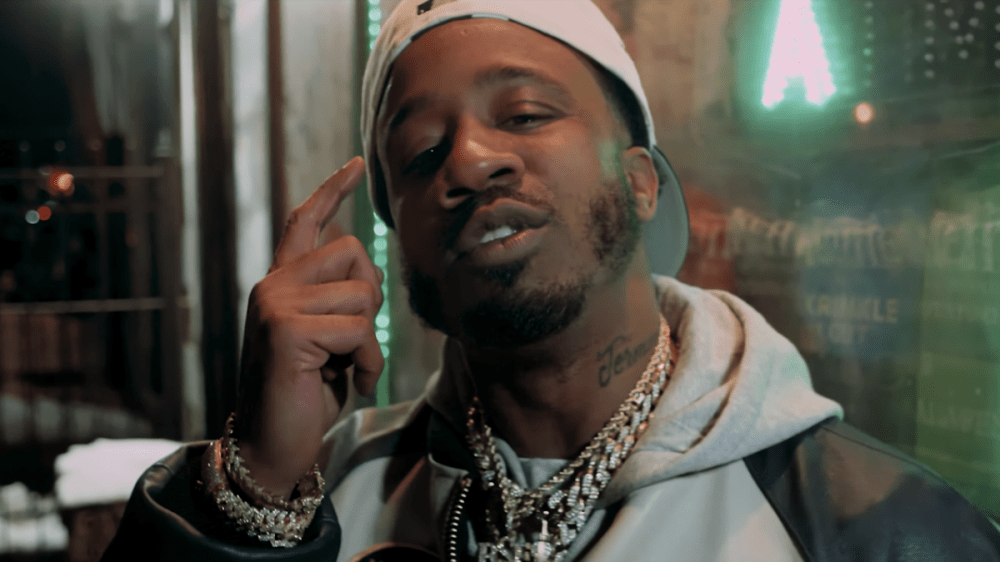 The Notorious B.I.G.‘s brief yet beloved catalog has inspired countless MCs since his death 25 years ago, whether it’s JAY-Z repeatedly borrowing his rhymes, Pusha T channeling his cadence on Clipse’s Hell Hath No Fury or Jay Electronica paying homage on “The Ghost of Christopher Wallace.”

But Benny The Butcher is taking Biggie’s influence one step further on “10 More Commandments.” Taken from his new album Tana Talk 4, which dropped on Friday (March 11), the track finds the Griselda goon adding to Christopher Wallace’s classic teachings on “Ten Crack Commandments.”

Picking up where the late Brooklyn rap legend left off, Benny uses his own experience in the drug game to impart wisdom onto the new generation of hustlers, kicking game on how to spend money wisely, never running off on the plug and social media.

“Thirteen tricky, B.I.G. couldn’t even approach it/When he was slingin’ and totin’, this wasn’t even a focus/No social media postin’, greedy emotions/N-ggas chase fame and not the money, that’s broke shit, y’all be on ho shit,” he raps over grimy production from Daringer and Beat Butcha.

The song even boasts a stamp of approval from Biggie’s former Bad Boy Records boss Diddy, who closes things out with a motivational speech of his own touching on Black progress, success and unity.

“10 More Commandments” comes with an accompanying video directed by Mark “The Wizard” Lee that follows Benny The Butcher through the cold streets of New York City. Cameos come from DJ Premier, who produced Biggie’s original “Ten Crack Commandments,” as well as Fabolous, Boldy James, The Alchemist and Daringer.

“How [Biggie] did one through 10, I went from 11 to 20. I covered the things that he didn’t cover,” Benny told Apple Music’s Ebro Darden. “Like no social media posting — that’s something that he couldn’t talk about. I just filled in a few blanks.

Diddy is just one of several guests on Benny The Butcher’s Tana Talk 4 album, which also features appearances from J. Cole, Conway The Machine, Westside Gunn, Boldy James, Stove God Cook$ and 38 Spesh. The project is produced entirely by The Alchemist, Daringer and Beat Butcha.