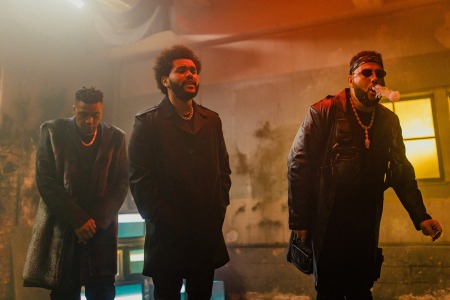 Over the weekend, Belly released his new album See You Next Wednesday. The album releases after getting a stamp of approval from JAY-Z and The Weeknd. The album is released on XO and Roc Nation and features Lil Uzi Vert, Moneybagg Yo, Benny the Butcher, and Nas among others.

Speaking with HipHopDX, Belly reveals the Nas feature on “Die For It” is incredibly special to him.

“Some months back, I literally just had to play it back like 50 times,” Belly said. “I just had to absorb what was actually happening. Nas is another one of those guys growing up… tryna learn from someone like him is tough. It’s complex too, you know what I mean? So it was incredible man. Just having him on the album, having him on that song.”

You can hear it all from Belly himself below and more from his conversation with DX here.

You can tap into the full album below.