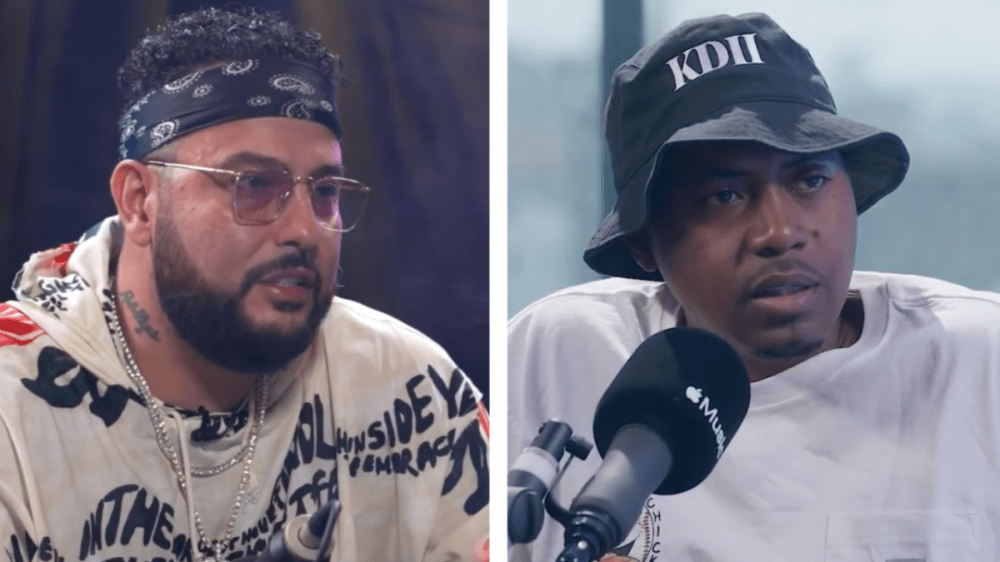 Not everyone gets the privilege of a Nas verse, but Belly managed to secure one for his new album, See You Next Wednesday. During a recent interview with HipHopDX, the XO Records signee revealed his reaction the first time he heard Nas’ verse on “Die for It,” which also features The Weeknd.

“Some months back, I literally just had to play it back like 50 times,” he said. “I just had to absorb what was actually happening. Nas is another one of those guys growing up… tryna learn from someone like him is tough. It’s complex too, you know what I mean? So it was incredible man. Just having him on the album, having him on that song. Having my brother Abel on the song too, so it’s special, man. That video’s a movie on top of that.”

Belly also named André 3000 and JAY-Z as two rappers on his list of dream collaborations.

“André 3000, I’d love a verse from,” he said. “And then Jay of course, I need that Hov verse before it’s said and done. Things just happen. I can’t be this person that believes in manifesting and all those things and try to force my way into something. It’ll never work.”

Belly might not have a JAY-Z verse yet, but he’s signed to Roc Nation Records and received a co-sign from him. Speaking to HipHopDX, he explained how he manifested Hov listening to his music in 2015.

“About three weeks before he heard Up for Days, I was sitting in The London hotel in New York,” he explained. “I had my team with me, probably like five or six people. The album was done. We were getting ready to start pushing it and all that. And I was like, ‘Watch, Hov is gonna hear this.’ And that was literally three weeks before I got a call telling me, ‘Yo, Hov is currently listening to your shit.’”

He added, “I know a whole bunch of things went into play in that moment, but in that moment I really felt like I manifested something. It was incredible, man. You really feel a different type of energy when things like that start happening.”

Watch the interview clip above and Belly’s “Die for It” video below.