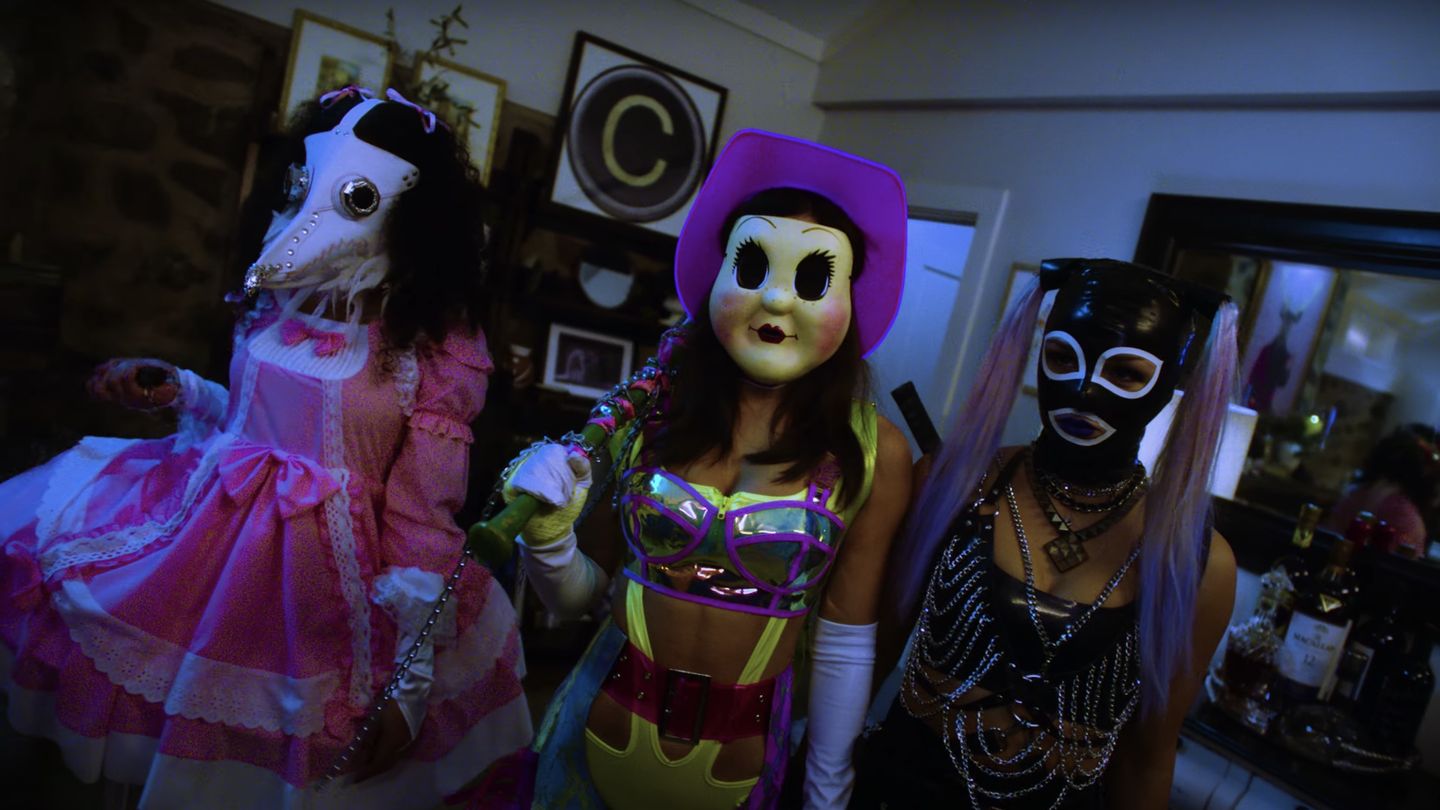 As the world has retreated into itself and people are largely staying indoors to flatten the curve during an unprecedented global pandemic, I can't stop thinking about Jean-Paul Sartre's famously misunderstood quote, "Hell is other people." It's tempting to refute it immediately amid our new normal, where we'd give anything to be able to be around other people again — at a concert, in a cafe, anywhere.

But Cheat Codes's depraved new video for "No Service in the Hills" makes a hell of a case for staying away from people for another few months, pandemic or not. In this twisted, blissfully satirical short horror film – co-written and directed by none other than burgeoning cinematic auteur Bella Thorne — a simple brodown getaway turns violent, and the first victim of all the madness is none other than Logan Paul.

This cross between Scream, The Strangers, and a fighting game finds Cheat Codes's Trevor and Matthew up in the titular hills, away from the titular cell service, along with Paul, featured artist Prince$$ Rosie, and other bros planning on shotgunning bottles of beer (somehow) and generally just enjoy guys being dudes. Then a group of masked terrorizers interrupt and start knifing people.

When shit gets real, Matthew hides in the bathroom trying desperately to connect using his flip phone, and failing. "Three-piece DJ group gotta split the money three ways," he exclaims, frantic and sweating on the toilet. "Fucking stupid, idiot." The entire video is delivered with as forceful a wink as you can allow for without actually losing an eye — something Paul ends up finding out about in the video.

No more spoilers, but let's just say that by the (twist) ending, Sartre's quote may actually hold additional resonance. When it comes to other people, sometimes we need their help to work toward a common goal, you know? No thanks to Trippie Redd and Blackbear, who sit this particular weekend out, it looks like Cheat Codes may live to make another hybrid rap-pop-EDM tune. Or not. Who knows!

Watch the wonderfully escapist depravity unfold in Cheat Codes's boundless "No Service in the Hills" video above.