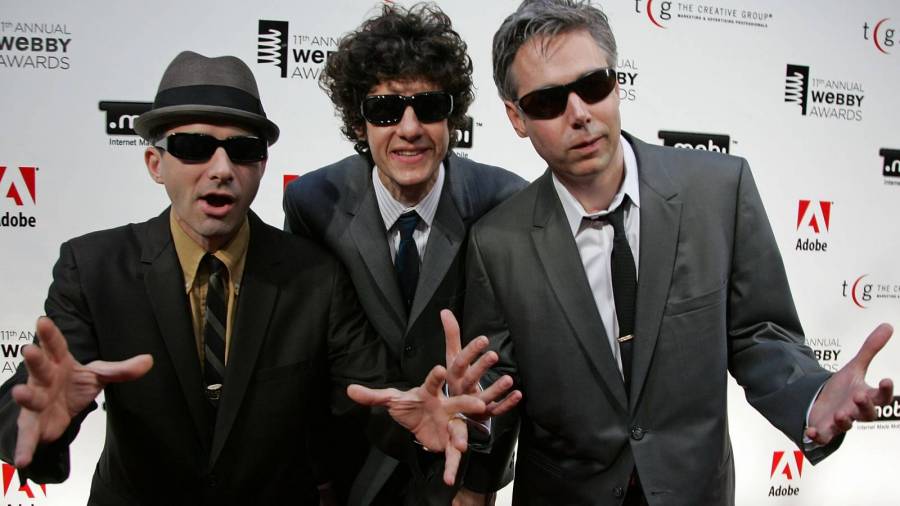 The surviving members of the Beastie Boys — Adam “Ad-Rock” Horovitz and Michael “Mike D” Diamond — made an historic move on Sunday (October 18) when they allowed 1994’s Ill Communication single “Sabotage” to be used in a Joe Biden campaign ad that focuses on the COVID-19 pandemic’s affects on the live music industry.

The trio famously refused to license their music to be used in commercials in an effort to stick to their punk rock ethos. In fact, it was the dying wish of the late Adam “MCA” Yauch whose $6.4 million trust, assumed by his wife in 2012, explicitly forbade any use of the Beastie Boys’ music in any advertisement.

While the Beastie Boys have sued Monster Energy and GoldieBox for unauthorized use of their music, they did allow “Sabotage” to be repurposed for Star Trek and the video game Destiny 2 trailers.

The ad in question, which aired during the Pittsburg Steelers versus Cleveland Browns NFL game, features Ann Arbor, Michigan bar co-owner Joe Malcoun who runs the Blind Pig establishment. In the spot, he blames the bar’s shutdown on Donald Trump’s response to COVID-19 as “Sabotage” starts to play in the background.

“This is the reality of Trump’s COVID response,” he says in the clip. “We don’t know how much longer we can survive without any revenue. A lot of restaurants and bars that have been mainstays for years will not make it through this.

“This is Donald Trump’s economy: There is no plan and you don’t know how to go forward. It makes me so angry. My only hope for my family and for this business and my community is that Joe Biden wins this election.”

Yauch was diagnosed with cancer of the parotid gland, a salivary gland in the throat, in 2009 and succumbed to the disease on May 4, 2012. During an interview with HipHopDX, Diamond and Horovitz, along with director Spike Jonze, credited Yauch with blazing a trail of enlightenment for the rest of the group prior to his death.

“In 1999 or so, it was extra not cool to be political,” Jonze tells DX. “Adam [Yauch] starts talking about how appalling what happened at Woodstock [’99] was and that the bands need to step up and have better security, look out for women at these festivals and shows. There were no other artists talking about that at the time. It was really moving.”

Ad-Rock said, “Yeah, absolutely. Being around Adam Yauch and him saying things he did, taking stands he did publicly was inspiring for me to be like, ‘Oh, you can make fart jokes and actually also care about people and respect your place in the public, that you have a platform to say things and people will listen.’ Whether they give a shit or not, I don’t know. He was always inspiring — like if Yauch can do it, I can do it.”

Revisit the “Sabotage” video below.